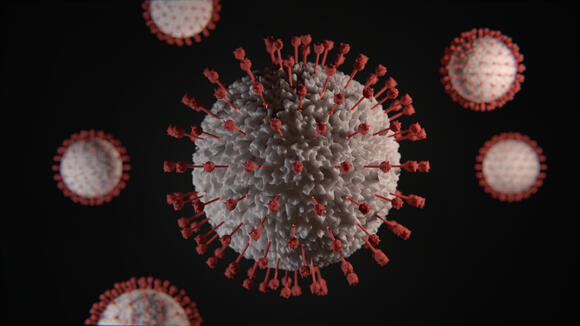 CLEVELAND, OH — Some of the most recent reports about the ongoing COVID-19 outbreak are causing concerns once again: In the United States, a new strain of the virus has emerged.

“Although this is concerning, it’s not surprising—we’ve been watching for this and more or less expecting it,” explains microbiologist and pathologist Daniel Rhoads, MD.

Here's what we know so far as scientists and public health specialists try to better grasp the impact these new varieties will have on the pandemic's trajectory.

The “delta” variant is the one that is currently creating alarm around the world. The latest spike of cases in the United Kingdom, according to experts, is due to a specific strain of the delta variation (a modified version of the variant that is more infectious). The B.1.617.2 strain is currently the most common in the United Kingdom, and the World Health Organization (WHO) has classified it as a "variant of concern".

The main cause for concern is that experts estimate it is up to 60% more transmissible than the original COVID-19 strain. While more research is needed, preliminary evidence suggests that this variety may be one of the driving causes for the massive increase in cases—and, as a result, COVID-19 deaths—in India this spring.

Because of a continued increase in cases, the Centers for Disease Prevention and Control (CDC) recently categorized the delta variation as a "variant of concern" in the United States. According to the National Institute of Health, it accounted for only 2.5 percent of U.S. cases in mid-May, but by mid-June, that number had risen to at least six percent.

What causes a virus to mutate? While the concept of a virus mutating may appear frightening, it really is extremely common. Viruses are continually evolving. This is especially true of viruses like coronaviruses and influenza viruses, which have RNA as their genetic material.

All viruses are made up of a bundle of genetic material (DNA or RNA) encased in a protective protein shell. A virus enters your body through your mouth or nose and attaches itself to one of your cells. The virus's DNA or RNA then enters your cell, where it can replicate itself and spread to neighboring cells.

That's how you get sick: the virus can reproduce itself and hijack enough of your cells without being wiped out by your immune system. Occasionally, a mistake happens during the virus's copying process. That's the result of a mutation.

Most mutations are so little that they have no effect on how the virus functions or make the virus weaker. However, every now and then, a mutation allows the virus to duplicate itself or enter our cells more quickly.

When the virus replicates, these advantageous genetic mistakes are passed on and eventually form part of the virus's normal genome. These changes accumulate over time, and this is how new viral strain varieties emerge.

As it spreads around the world, the delta strain is the latest to create concern in the United States. Increasingly infectious strains from the United Kingdom, South Africa and Brazil grabbed news earlier this year when they became more prevalent in different parts of the world.

It's difficult to say how much of an impact new varieties have on the pandemic at first, since numerous things influence how quickly a virus spreads, including human behavior.

However, there is some good news: according to an English study, the Pfizer vaccine is still extremely effective (eighty-eight percent) against symptomatic sickness caused by the delta form. These new variants can still be discovered using our present assays, so that's something to be happy about.

To conclude, these new waves of infections demonstrate that the pandemic is far from ended. Vaccination has proven to be our most effective strategy to date, and vaccines are easily available in the United States for many children and adults. Our best barrier against these new alterations is vaccination.