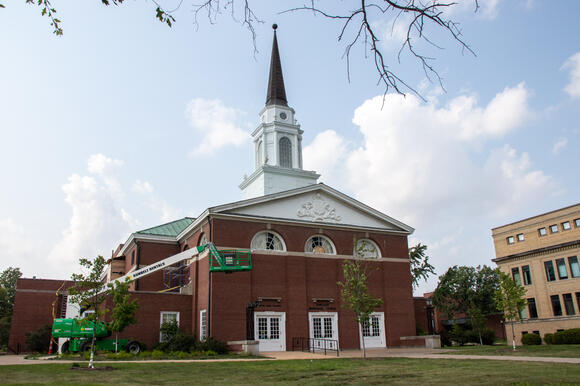 (CEDAR RAPIDS, Iowa) As Cedar Rapids approaches the first anniversary of the 2020 derecho that devastated parts of the Midwest, the city is focused on community by rebuilding and commemorating efforts of resilience during and in the aftermath of the storm.

“As our community continues to rebuild and recover, this natural disaster proves once again that Cedar Rapids is a compassionate, strong and resilient community,” the city of Cedar Rapids posted on its website.

Last year, August 10 marked a day when 140 mph came out of nowhere and swept the city into shambles.

The inland hurricane ranked as the most costly thunderstorm in United States history  – estimated at $7.5 billion – which has now grown to $11.5 billion, according to the National Oceanic and Atmospheric Administration.

The derecho managed to reach all 74 square miles of Cedar Rapids causing more damage than the flood of 2008. Homes and businesses faced devastation, power was out for more than a week, every traffic signal in the city was damaged to some degree and communication was impaired because of harm to cell towers.

Despite the devastation, relief funds and dedication to the community have helped to rebuild the city.

Tree debris pickup was finally completed as of June 30, 2021 – 10 months after the storm ripped their roots from the ground.

Cedar Rapids has now shifted its focus to the removal of stumps and replanting of trees, but the process may take up to two summers due to the extensive amount of trees lost.

Glenn Linville and his family are among community members who have had a trying time recovering from the storm.

Living in a neighborhood on the southeast side of town – an area that took a brunt of the damage – they lost 13 trees, two of which hit their home and left them without power for two weeks.The storm caused a need for repairs on many parts of their house, including the roof, drywall, gutters, fascia and soffits.

However, they chose to remain optimistic and focus on the recovery for themselves as well as the neighborhood.

“Our neighborhood was a well-oiled machine… we worked together going house to house, clearing each yard and hauling the debris to the curb and empty lot nearby,” Linville said.When all was said and done, Linville estimated that they saved their neighbors over $40,000 by moving the damaged trees to the ground for them.

The community morale felt in the aftermath of the storm was actually surprising for him amid the pandemic. 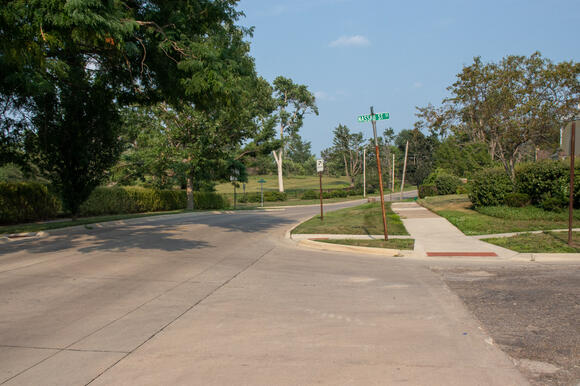 The same neighborhood pictured above as of July 2021.(NewsBreak/Taylor Coester)

“It was funny, we all just gave up focusing on the pandemic and social distancing during this. It allowed us to interact together, and although none of us ever want to go through that again, at the time, it was quite therapeutic in a sense,” he said.

Linville and his family still feel anxious when the wind picks up outside and as a realtor, he had concerns for the shoddy housing repairs made in haste, but the family is choosing to continue their efforts to move forward.

“Life is getting there… Overall, we have come a long way, but [we still] have lots to do,” said Linville.