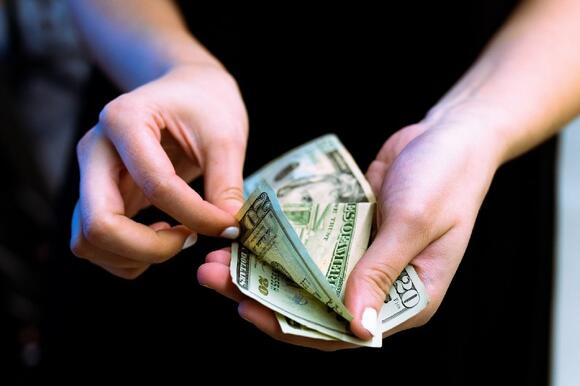 Photo by Igal Ness on Unsplash

There was a curious experiment that commenced in one California city that showed us what a city-wide version of what a universal basic income (UBI) could look like — especially when its residents showed great ambition, resourcefulness, and intelligence.

In the city of Stockton, California, there was a randomized controlled trial (basically a clinical research study) that was conducted by scientists and sociologists alike to research the effects of injecting money into an area where lower and middle-income people live in. The researchers wanted to see what the various people of Stockton would do as a result of this money and the good and bad scenarios that could arise because of it.

This project was called SEED, which stands for the Stockton Economic Empowerment Demonstration. It took place between the months of February 2018 all the way into February 2020. Afterward, the scientists published their research in 2021. You can read the full research report here.

For every month between February 2018 to February 202, $500 was distributed to 125 people that were either below or around the city’s median household income. Some of these people were working but still under the median threshold. After receiving these funds, each participant was eventually able to score and acquire a full-time job, which meant that they no longer qualified.

This jump towards eventual employment went as high as 200%. Yes — 200%. Since these individuals with better-paying jobs no longer qualified, they became a neutral/control group of people that did not receive this special UBI anymore. New people were brought into the experiment, but those also graduated out of the program as well, hence the 200%.

No one stuck around for hand-outs. Everyone in this study worked hard to ensure that they achieved some level of financial independence.

Curiously, unlike traditional unemployment benefits, participants were not notified that their ability to receive money would be contingent on searching for a job. Instead, when they received their money, they obtained it via debit card and were allowed to spend it on whatever they liked.

Since they were told that they were allowed to spend it on whatever they liked, the participants actually used it for practical purposes, such as for rent, utilities, food, auto-repairs, and so much more. No one ran around buying silly things nor did anyone go on shopping sprees— they bought things that they actually needed.

Another thing discovered from this study was that more participants were able to enjoy life better since they got to spend more quality time with their close families and friends. I mean, we are human and we deserve to have friends. Plus, some of them used the $500 to improve on their existing skillsets with training, courses, and workshops.

If they didn’t receive this UBI, they would have had to work more hours with less opportunity to upgrade professional skills or even see their family reliably. For example, there was one man who was eligible to receive a real estate license but never had the time or money to do so. The $500 allowed him to take time off his lower-income job. Then, he actually sat down and wrote the real estate test, resulting in his real estate certification and a new career pathway. Sure, he likely isn’t eligible anymore but that was the point of the experiment — to provide people with the stepping stones towards financial independence with just a small financial boost.

As well, while 100% of all participants used up their $500 boosts, meaning that the money was indeed useful. By the end of the experiment, at least 25% reported having to cover an unexpected expense, like a broken car or house appliance. This just goes to show that when the times are tough, people spend their money wisely.

Overall, the $500 allowed the participants some financial alleviation, resulting in stronger and more supportive relationships, and alongside it, a better career. Who knew that a mini-version of the UBI could be so helpful and change so many lives?