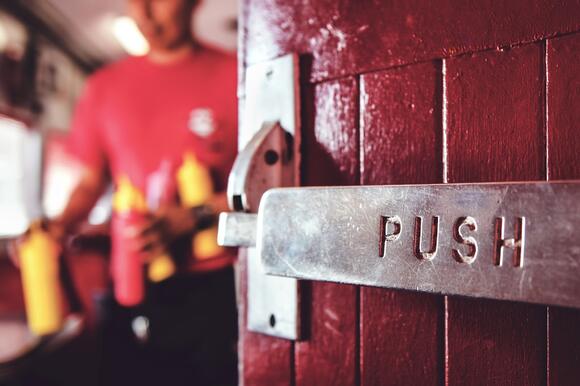 Photo by Tim Mossholder on Unsplash — Sometimes we just need to push ourselves much further than we realize.

Shifting one’s mindset to be more proactive about a complicated situation or decision is no easy feat. It’s like the equivalent of being a tiny little toy soldier that is constantly being tasked with pushing a giant boulder all the time.

The weight presses down on your shoulders, and you’re left yelling in agony, hoping that someone would listen to you or help you out. However, with a bit of creative thinking, there are many ways to move that boulder, especially over a long period of time.

For example, instead of putting in the Herculean effort to push the giant boulder as it is, why not put in the effort to push it towards a small cliff or mountain, where it rolls down and breaks into two or more manageable pieces?

Sure, you can argue that this is cheating in a way. However, in real life, people don’t just work hard, they also work smart. Back when you studied in school, instead of memorizing an entire textbook verbatim, you might have skimmed through the book quickly, and read or watch summaries and debates surrounding the book.

Those that studied in this immersive and engaging manner got better grades than the guy who just memorized the textbook. Plus, with multi-modal learning, you’re using more parts of your brain and remain attentively engaged while doing so.

Photo by Derek Torsani on Unsplash — Let’s crack that boulder with the help of this hill.

When it comes to the boulder, you can still trek downwards to where you dropped and smashed your boulder, and you can continue to break down the pieces into increasingly manageable and sizable chunks.

If that means climbing up the mountain again and again, just to break it down into more manageable pieces, then so be it. It’s not going to be easy, but now the weight and burden of the boulder is easier to manage, especially in the days, months, or even years ahead.

In goal orientation, that’s exactly what you need to be doing. You’re taking a huge goal, and you’re breaking it down into smaller pieces that are easier to comprehend and manage, no matter how long-term it is.

Obviously having too many small pieces can be quite problematic and considerably overwhelming. You’re stuck with a thousand pebbles that might make you lose sight of what you originally had. However, a sizable few chunks are easier to carry than having that colossal boulder over your head and shoulders.

Plus, the more strategic foresight that you have, the more pre-planning you can do in managing your newly fashioned boulder pieces. For example, instead of carrying it on your back like a caveman, why not utilize your existing resources, find new ones, or create a resource of your own?

I mean, we’re in the modern era. We have bikes, regular cars, and even self-driving cars that can carry objects for us. You can drive with the boulders in the trunk instead of trekking the mountains on foot. As you’re driving, you’ll see other people with similar goals, carrying similar boulders. Watching these other people helps us generate new solutions towards our problems as they may have different ways of managing their situation.

We even have factories complete with pulleys and conveyor belts if you’re willing to put in that level of time, effort, research, and money.

Photo by Jesse Collins on Unsplash — It’s okay to drive instead of walk.

Of course, we don’t always have the luxury of money to expedite our goals, but we still need to put in the effort and time to make things happen. Not all of us have the technical ingenuity for a self-sufficient boulder carrying operation, but hard work doesn’t always go unnoticed.

Plus, someone might spot you driving or cycling alone, help you out for a bit, and share the pathway alongside you, giving you the extra push, even if it was temporary.

It’s okay to sometimes have others help us shoulder the burden of our problems, as others may have innovations, tips, and insights that we didn’t previously consider. Perhaps they will give you a ride sometimes, or perhaps they have tips on how to better carry that boulder.

While we’re at it, how time-sensitive is your goal? Often, we miscalculate the amount of time and effort needed to get from Point A to Point B. We think we need a year, but really, we might need 2 years or even more, especially when a random tragedy strikes, such as the loss of a loved one, or even a sudden but temporary job loss.

That’s the human condition—to produce ambitious goals without realizing that hurdles will present themselves. If you know that you need a significant amount of time to finish a goal, working on contingency plans outside of the boulder situation might be helpful, just in case things go south.

Not every plan we have is going to work. Perhaps doors open that we didn’t expect and they have nothing to do with the boulders we were already carrying. Heck, maybe you’ve accidentally fulfilled the components of a completely separate goal by embarking on your originally ambitious one.

Photo by Dima Pechurin on Unsplash — A new door awaits.

Sometimes, the perspectives of others keep us grounded on what we have. We may think that things are utterly hopeless, but then, you learn that others have it much worse than you. Other times, we learn new tricks and business ventures when networking. You didn’t ask for the opportunity, it just landed on your lap unexpectedly.

However, on our own, we didn’t see what was on our lap because we were too burdened by the pain of the boulders to pay attention — until someone pointed it out to us. Conversely, we can provide those same insights to others as well.

Plus, while pursuing this new goal, you don’t have to abandon the original boulders. You can still carry the pieces every now and then, and continue to hustle on the side until you get to your true destination. In my opinion, it’s better to have many options and doors available instead of a few.

As Germany Kent once said,