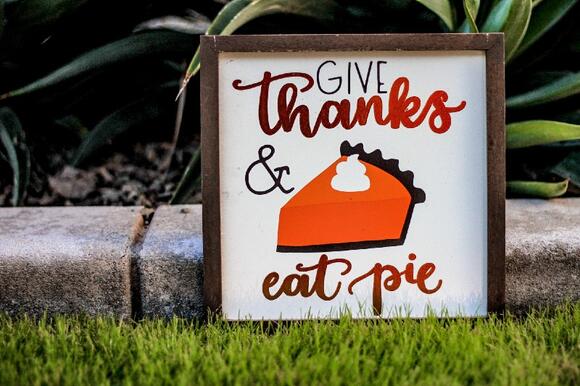 Photo by Preslie Hirsch on Unsplash — When in doubt, just appreciate what you have before it’s gone.

For over 328 million people in the United States, American Thanksgiving is a time of reflection and appreciation for all the things that have happened in one’s life, including both the gains and the losses, and the learning opportunities associated with these events.

For over 37 million people in Canada, Thanksgiving typically falls on the second Monday of October. In this case, Canadian Thanksgiving has already happened on Monday, October 12, 2020.

Photo by Element5 Digital on Unsplash — Thanksgiving, a time to reflect on the things we should be thankful for.

Imagine that. I was born and raised in Canada. Canadians like myself would celebrate our livelihoods earlier than the Americans do. Thursday is going to mark a special day for you Americans, and with the world being as crazy as it is right now, it’s a welcome distraction from the ongoing stressors of work and school.

Just like our American counterparts, we both generally celebrate a turkey or meat dinner, spend time with the family, perhaps have the entire day off to watch televised football, and other family-friendly activities, like arts, games, and crafts.

Of course, with the pandemic happening right now, the officials at the Centers for Disease Control and Prevention (CDC) are encouraging Americans to ideally not travel during this time and to celebrate with only those that you currently live with.

Photo by SJ . on Unsplash — We all love the food aspect, even at the best or worst of times.

Unlike the previous years of Thanksgiving, people are a bit hesitant to do excessive shopping and the food rations in specific areas may mean that people might temporarily replace their traditional customs and meals with other family-friendly alternatives. For example, perhaps a family might have an indoor Thanksgiving scavenger hunt, to keep the kids satisfied.

Why Are There Different Dates Between Canada and the United States?

Americans mark the first Thanksgiving during the infamous 1621 feast between the Native Americans and the Pilgrims.

William Bradford, the Governor of Plymouth Colony, once infamously said:

“And besides waterfowl there was a great store of wild turkeys, of which they took many, besides venison, etc. Besides, they had about a peck a meal a week to a person, or now since harvest, Indian corn to that proportion.”

Canadians, on the other hand, began a lot earlier in 1578, during Martin Frobisher’s third voyage to Canada to find the Northwest Passage, who landed in Newfoundland.

Martin Frobisher was an English seaman explorer. He and his crew ate biscuits, mushy peas, and salt beef. They gave thanks for their safe arrival to the land. I can’t blame them—being out at sea for so long could have been a dangerous situation, but they made it safely, all in one peace.

Photo by Sam Hojati on Unsplash — The peas in this picture are not mushy, but you get the idea.

It took until 1879 for Canada to declare it a national holiday, on the date of November 6, and it continued this way until 1957, where Protestant ministers petitioned against the government for a day to thank God, regardless of one’s faith.

As well, the Canadian government also decreed that Thanksgiving would always be on the second Monday of October, without any other issue.

Interestingly, in 1909, Canadian Thanksgiving shifted to Mondays after a push from railway lobbiers to treat it as a long weekend with the family. In the years that followed, this trend stuck, especially as other working families, appreciated the gesture.

Photo by Dimitri Houtteman on Unsplash — I love that Thanksgiving promotes family bonding.

What About the American Date?

In 1789, Elia Boudinot, a Member of the House of Representatives decreed a specific day for giving thanks and was approved by the congressional joint committee. During the same year, on October 3, 1789, George Washington declared that the public would have a day for prayer and thanksgiving on November 26.

Much like Canada, the holiday was celebrated on and off throughout history, across some communities over others, depending on who was president and who officially declared it for that year. For example, Thomas Jefferson didn’t like the conflict between the church and state surrounding Thanksgiving and decided to not declare it at all. Meanwhile, James Madison wanted it on April 13, 1815.

Photo by May on Unsplash — Yes, the same Thomas Jefferson.

After a while, a bunch of presidents did not declare American Thanksgiving until Abraham Lincoln declared it once again, in 1862.

The final push for the American Thanksgiving that we know today came from a woman named Sarah Josepha Hale in 1863. Sarah was the editor for Godey’s Lady Book and Ladies Magazine, where she's famously noted as the first female editor of a North American magazine.

She often wrote letters to various presidents, governors, and senators asking if Thanksgiving could become a nationally recognized holiday. She also started pushing for various articles that surrounded the theme of Thanksgiving, like recipes and tips for curious readers. 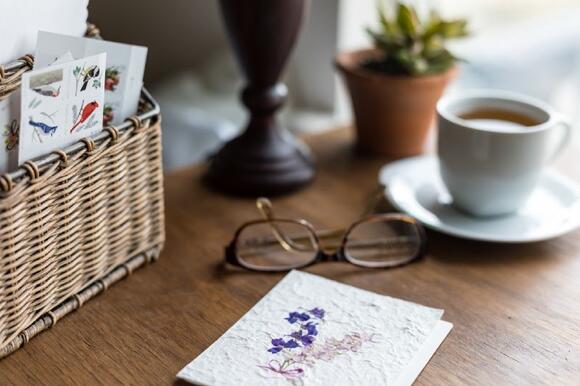 Photo by Carolyn V on Unsplash — Letter writing is always a great avenue to voice matters.

After some relentless encouragement from Sarah, Abraham Lincoln finally declared Thanksgiving to be celebrated on the fourth Thursday of November in the year 1863. As we all know, the rest is history.

Before you step away, I’d like to impart the wise words of Abraham Lincoln, as he stated during his final Thanksgiving proclamation:

"I do therefore invite my fellow citizens in every part of the United States ... to set apart and observe the last Thursday of November next, as a day of Thanksgiving and Praise to our beneficent Father who dwelleth in the Heavens. And I recommend to them that while offering up the ascriptions justly due to Him … they do also, with humble penitence for our national perverseness and disobedience, commend to his tender care all those who have become widows, orphans, mourners or sufferers in the lamentable civil strife in which we are unavoidably engaged, and fervently implore the interposition of the Almighty Hand to heal the wounds of the nation and to restore it as soon as may be consistent with Divine purposes to the full enjoyment of peace, harmony, tranquillity and Union."