Tacoma Police Asking For Witnesses In Disappearance Of 2 Year Old 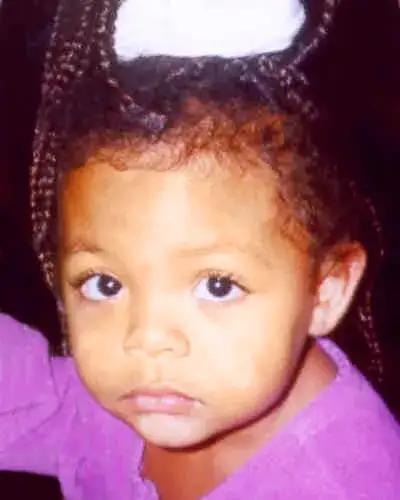 TACOMA, Wash. — After more than two decades have passed, a young girl's family is still asking for help. It has been close to 24 years since Teekah Lewis disappeared from a bowling alley in Tacoma, Washington. She has not been seen since. Her family hopes that bringing a spotlight back to the case will help to provide them with the answers they are desperately searching for.

Her disappearance occurred on the night of January 23, 1993.

Teekah Lewis was just 2 years old when she went bowling at the New Frontier Lanes Bowling Alley with her mother Theresa English. Theresa was accompanied by several other members of her extended family as well. While most of the family stayed near the bowling lanes playing a game, Teekah was drawn to arcade games. At a little after 10:00 pm that night, Teekha sat a game called “Cruisin’ World” where she grabbed the steering wheel and pretended to drive a fast car. Her mother told her to stay there while she went and checked on the rest of the family just a few feet away.

She came back to find no trace of Teekah.

Now, the Tacoma Police Department is working to renew its efforts. On Thursday, December 1, 2022, they released a new age progression photo of what Teekah Lewis might look like today. This is in the hopes that she was abducted and raised without the knowledge of who she actually is. Should that be the case, Teekah would be in her mid 20’s today.

“The main challenge with this particular case is basically a lack of evidence and no clear eyewitnesses,” Detective Julie Dier says. “That is, at this time, what we are looking for, somebody to come forth and give us something we did not have before.”

Throughout their initial investigation, the Tacoma police had little to work with in terms of suspects. They did, however, get the description of a possible vehicle of interest. According to some of the bowling alley patrons, an early 90’s Pontiac Grand Am with tinted windows was seen speeding away from the building at the same time that they heard announcements about a missing child.

Some witnesses also say that there was a strange man at the bowling alley that night. They recalled seeing him “follow a little girl” throughout the bowling alley. At the time, they’d assumed the man was just her father keeping a close eye on her. In 2020, the Tacoma Police Department made the public aware of this potential person of interest. He is described as a white male, with a husky build, and between the ages of 30–40 at the time. He had a thick mustache and pockmarks on his face.

Anyone with information about the case should call Crime Stoppers of Tacoma-Pierce County at 1–800–222-TIPS. A $1,000 reward for crucial information is being offered in this case.

Teen Vanishes While On The Phone With His Parents

On May 14, 2008, 19-year-old Brandon Victor Swanson left his home to celebrate the end of his first year at Minnesota West Community and Technical College. There were a few local parties that Brandon was able to attend and have a good time at. Brandon’s friends would later recall seeing him there drinking and socializing. At some point after midnight, Brandon left one of the parties and was making the drive home. This route was practically the same route he would take to and from school for the entire year.

Teacher In Critical Condition After Being Shot By 1st Grader

Recently, a horrifying situation in an elementary school has been taking over the airwaves. In Virginia, 25-year-old Abby Zwerner was screaming at her young students to run to safety. The reason that she had to do that is tragic. Zwerner was shot in the chest by one of her students at Richneck Elementary School in Newport News, Virginia.

Woman With Autism Missing After Leaving Her Sister's Home

Samantha Denise PrimusPhoto by(Sharon Crowley/Fox5 NY) In Long Island, NY, the police are in an intensive search. The Nassau County Police have been searching for a woman with developmental disabilities. The woman went missing in late December. A missing persons report was filed by the family of Samantha Denise Primus on December 23, 2022. Her family says that she was last seen at a home in Elmont, NY at around 3:30 am.

Teen Found Set On Fire Next To Her Car

Jessica ChambersPhoto by(Jeff Truesdell/People) One day in December — 8 years ago — a family would be faced with a tragedy. On December 6, 2014, 19-year-old Jessica Chambers was found burning after being set on fire. She was found next to her vehicle which was also set ablaze. Someone had poured a highly flammable liquid up her nose, down her throat, and all over her body. The horrifying ordeal occurred at around 8:10 pm that night.

She May Have Been Murdered For Rejecting A Date

Debbie WolfePhoto by(Michael Futch/Fayetteville Observer) This case centers around Debbie Wolfe. Debbie was a nurse who vanished after leaving work one day in December of 1985. Just the day before — Christmas Day — Debbie was celebrating with her family. The next day, she was expected to show up for work at the hospital. Her family became very concerned when she never showed up. John and Jenny Wolfe — Debbie’s parents — went to her home to check on her. They were accompanied by a close friend named Kevin Gorton. Debbie lived in a remote cabin just outside of Fayetteville, North Carolina.

Sneakers May Be The Key To Solving A Cold Case

Darrence O'Brien KindlePhoto by(Colonial Mortuary) The police in Texas have been trying to solve a murder for 5 years now. They are now re-releasing details of the case, along with photos and video that were part of the evidence at the time. This is all being done in the hopes of solving this cold case.

Jeremy BrightPhoto by(Unsolved Mysteries Wiki) Jeremy Bright was a young and energetic teenager. The 14-year-old was going to be attending high school in Grants Pass, Oregon, and was very much looking forward to it. That summer, however, Jeremy and his sister were staying in Myrtle Point with their stepfather. Jeremy was going to be attending the Coos County Fair, which had come to his area in August of 1986. Jeremy called his mother Diane on August 14th. He was calling her to let her know that he was going to be leaving for the fair at 4:45 pm. He was going to the fair with his sister and a friend referred to as “Johnny Fish”. Jeremy did make it to the fair as witnesses saw him and Johnny walking around together. At a little before 10:00 pm that night, Jeremy met up with his stepfather to ask for some money. His stepfather, Olie, gave him the money and then watched as Jeremy left.

Lynn AmosPhoto by(Unsolved Mysteries Wiki) This story centers around a woman named Lynn Amos. Lynn Amos worked as a financial consultant when she was 38 years old. She worked for a management firm in Washington DC. This required her to move to the area in August of 1995. As a part of her job, Lynn was required to go to Mexico frequently. While she was there, her job expected her to look into the lending practices of the Mexican banks. For a while, Lynn was able to perform her job without any issues.

SCOTTSDALE, AZ — In Arizona, the local shoppers are looking at a bit of disappointment after the holiday season. A toy store — that has become extremely popular and beloved — will be closing down for good. The reason? According to the store’s owners, it's inflation. Now, the store will be closing down after more than 20 years of servicing its community.

Galleria Mall To Close In March

Galleria MallPhoto by(Yonkers Times) WHITE PLAINS, NY− As shoppers in the Galleria Mall in White Plains, New York were indulging in their holiday shopping this past December, many had no idea that it was a bittersweet affair. As it turns out, this is the last holiday season that the Galleria Mall would take part in. The mall as a whole will be closing this upcoming March.

Which Bed Bath & Beyond Is Closing In Hudson Valley?

Bed Bath & BeyondPhoto by(Brian Sozzi/ Yahoo! Finance) The area of Hudson Valley, New York is looking at a significant change. The Bed Bath & Beyond retail chain is reportedly looking to close another location in the area as early as the opening months of 2023. The chain has been dealing with close to 150 stores throughout the country that are falling below expectations. In support of the new “optimization strategy”, those stores are looking at closures.

Ted BundyPhoto by(E! News) Recently, an official in Tijuana, Mexico issued an ominous warning. A State prosecutor in the area warned that three murders that occurred along the U.S. border are eerily similar to serial killer Ted Bundy. The belief is that there is a serial killer operating in the area. Baja California Attorney General Ricardo Iván Carpio said that the suspected serial killer had violent tendencies as well as psychopathic behavior that was reminiscent of the notorious serial killer.

TAYLORSVILLE, MS. — For more than 2 months, a mother in Mississippi has been living through an ongoing tragedy. Earlier in the fall, her son went missing under mysterious circumstances. Then, on November 3, 2022, pieces of a skeleton were discovered. They’re believed to be the remains of her son.

Man Missing After Girlfriend Found Dead In His Hotel Room

MIAMI BEACH, FL. — Recently, the authorities in Miami, Florida have been investigating a tragic event at a popular hotel. Detectives working the case say that a woman was found dead at one of the oceanfront hotels in Miami Beach. The investigation has brought about more questions than answers.

Man Turns Up Dead At Work

Dave BocksPhoto by(The Cincinnati Enquirer) Dave Bocks was a 39-year-old man working as a pipefitter in a facility’s maintenance department. Dave was a hard worker whose work ethic gave him a positive reputation. Dave was also a divorced father of three. According to his ex-wife, Casey, he was a very loving and devoted father.

2016 Case Of A Woman Found Dead In Her Bathtub

Markia BensonPhoto by(Daily Times) Back in 2016, a woman’s family was met with a tragic event. The day started out like any other. Markia Benson, 36 years old, texted her mother that morning just as she usually would. That day, on March 30, she was expected to be at work. Just that afternoon, however, there would be a chaotic scene outside her apartment in New Orleans Park. The police were called to the scene as neighbors watched the events unfold.

Sex Offender Last Person To See Teen Before She Vanished

D'Wan SimsPhoto by(The Detroit News) On Sunday, December 11, 1994, the Wonderland Mall in Livonia, Michigan was filled with shoppers. With it being during the Christmas season, families were all over the mall shopping and having their children meet the mall’s Santa Clause. Shoppers recall that it was 4:00 pm when they heard an announcement throughout the entire mall.

Phylicia ThomasPhoto by(Unsolved Mysteries Wiki) In February of 2004, a family was left dealing with a tragedy. It was during that time when 22-year-old Phylicia Thomas went missing. In an eerie turn of events, Phylicia was looking into the disappearance of a friend of hers that had occurred years prior. Then, she would vanish herself.

Amber WildePhoto by(WISN) On one tragic day in 1998, a young woman went missing. For months, her family — with the help of the police — tried desperately to find her. It is now more than 24 years later without any trace of Amber Wilde.