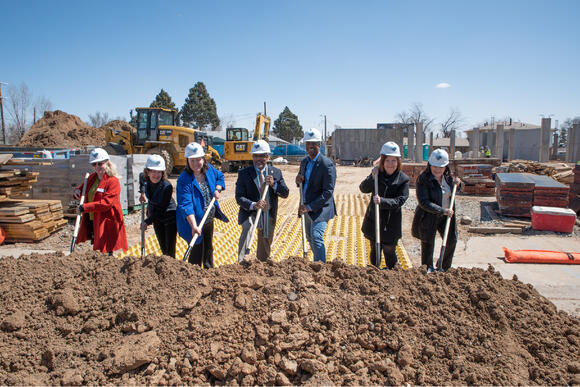 According to officials, the mixed-use development known as The Rose on Colfax is a partnership between Mile High United Way, Mercy Housing Mountain Plains, and the city of Denver.

The complex will feature 82 affordable apartments, a 5,600-square-foot early childhood education center and on-site services such as youth programming and vocational training, according to the website.

Mile High United Way tweeted Thursday the inspiration for the new facility's name came from The Rose that Grew from Concrete, a book by rapper Tupac Shakur.