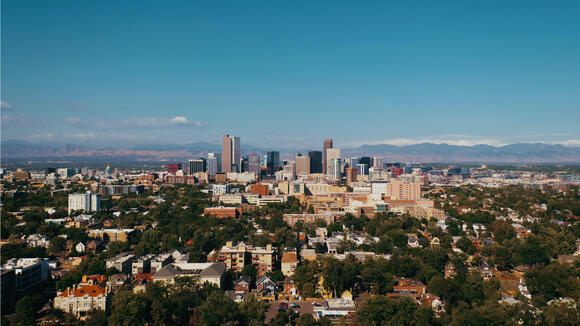 (DENVER, Colo.) Greetings, good morning and happy Tuesday to you and yours, Denver!

This Tuesday edition of the Denver Daily Round-Up is packed with some of the most important stories in and around the Denver metro.

Be sure to grab your umbrella and raincoat before heading out, Denver's weather forecast predicts a wet and stormy day with rain, snow and thunderstorms less than 24 hours after the city saw a high temperature near 80.

Let's take a closer look at just a few stories you should be more aware of this Tuesday from the NewsBreak Denver team:

Under the ordinance, police are not allowed to arrest people who decline to move. Aurora must also give 72 hours' advance notice of any sweeps.

The Tasty Food program of Denver is offering free snacks and meals to kids while students are on Spring Break.

The program's modified schedule for Spring Break will run from Tuesday, March 29, to Monday, April 4. Snacks and meals are offered to kids 5- to 18-years old, and no ID or registration is required.

Kids don't have to be Denver Public School students to pick up a free snack or meal, which can be eaten on-site or picked up by a parent or guardian.

The Douglas County School District has a mill levy override and bond issue that could be one of three amounts, according to the chairperson of the district's mill bond exploratory ad hoc committee, Sandra Brownrigg.

Brownrigg gave the school board an update on March 22 regarding the group's recommendations on potential ballot measures for the November general election ballot, according to NewsBreak Denver's Mike McKibbin. Three different funding amounts were considered, but numbers were not mentioned.

The committee will provide surveys to the district's student advisory council and parent-teacher organizations.

4. Protect yourself: West Nile Virus will only get worse in Colorado

The West Nile Virus killed more people and caused serious diseases in Colorado than it had in almost 20 years.

NewsBreak Denver's Claire Cleveland reported the virus was first discovered in Colorado in 2003 but was not considered an epidemic until 2,948 people contracted it and 66 died from it. In 2020, only 35 cases of the virus were reported before that number increased by 5x the following year.

The following are the 4 D's to protect yourself from the West Nile Virus: