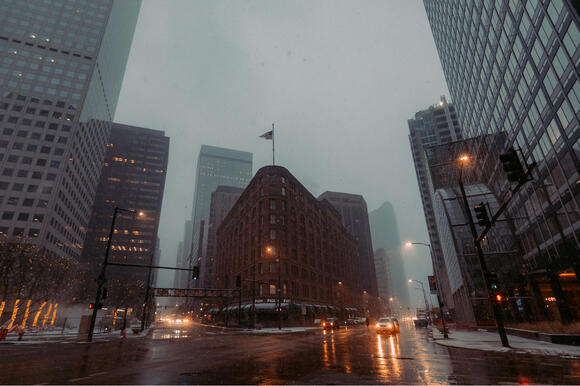 (DENVER, Colo.) Tuesday's weather forecast predicts a wet and stormy day in the Mile High City, less than 24 hours after the city saw a high temperature near 80.

The storm system will bring snow to the mountains and rain showers to Denver, with a chance of thunderstorms after 3 p.m. The National Weather Service in Boulder predicts a high temperature near 54.

Expect breezy, southern winds at 6 to 16 mph to become northern in the afternoon. Wind gusts may reach as high as 25 mph. There is a 100% chance of precipitation.

Tuesday evening in Denver will consist of rain showers mainly before 10 p.m., followed by rain and snow showers from 10 p.m. to 1 a.m., them a chance of snow showers after 1 a.m. Some thunder may also occur.

The weather service predicts the low temperature to drop to around 30. Expect blustery northern winds at 11 to 21 mph, with gusts possibly reaching as high as 33 mph.

There is a 90% chance of precipitation with little or no snow accumulation anticipated.

Looking Ahead: Partly sunny skies Wednesday, temperatures in the low-50s 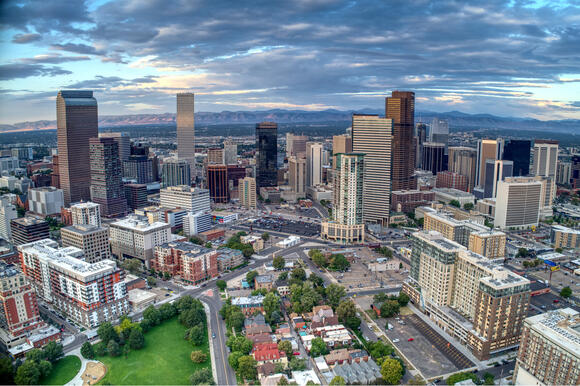 Wednesday in Denver will be partly sunny and mild, with a high temperature near 50.

Expect breezy conditions, with northern winds at 9 to 15 mph and wind gusts potentially reaching as high as 24 mph.

The skies over Denver Wednesday evening will be partly cloudy. The weather service predicts the low temperature will drop to around 31.

Blustery northern winds at 5 to 15 mph will become southern after midnight. Gusts could reach as high as 24 mph.