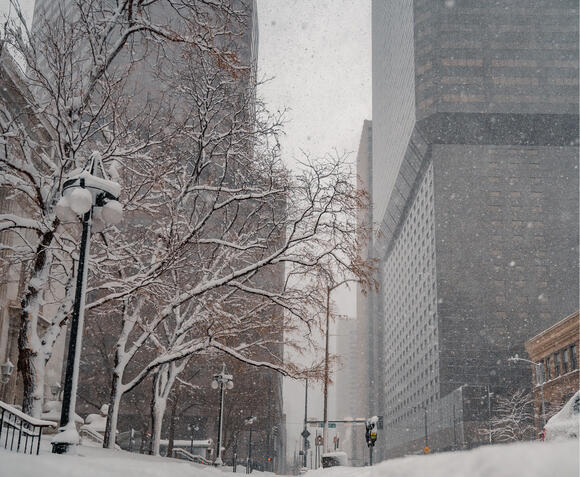 The National Weather Service in Boulder forecasts the high temperature in Denver Tuesday will reach near 12, with wind chill values expected to reach as low as -8. Expect northern winds around 7 mph.

The total daytime snow accumulation Tuesday is less than one inch.

The arctic cold front is expected to last through Thursday morning, bringing very cold temperatures and snow with it. Wind Chill Advisories are in place for the eastern plains Tuesday as values may drop to -25. Heavy snow is expected in the mountains, causing travel to be hazardous due to slick and snow-covered roads.

The weather service advises anyone venturing out in the arctic cold Tuesday to dress properly and limit time outside and remember to not leave pets outside. If avoiding travel is not an option, follow these tips to stay safe as temperatures plummet.

Expect eastern winds at 5 to 7 mph. There is a 70 percent chance of precipitation Tuesday evening, with a new snow accumulation of less than one inch expected.

Hump day in Denver will be snowy and extremely cold once again, with the high temperature expected to reach near 12.

There is a 50 percent chance of snow Wednesday, with wind chill values potentially dropping as low as -12. Expect northern winds at 7 to 9 mph Wednesday morning. Wind gusts may reach as high as 15 mph.

New snow accumulation of less than one inch is anticipated Wednesday.

The weather service predicts a 50 percent chance of snow in Denver Wednesday evening, with mostly cloudy conditions and a low temperature near 3.

Wind chill values may reach as low as -8. Expect northern winds around 7 mph and new snow accumulation of less than one inch.