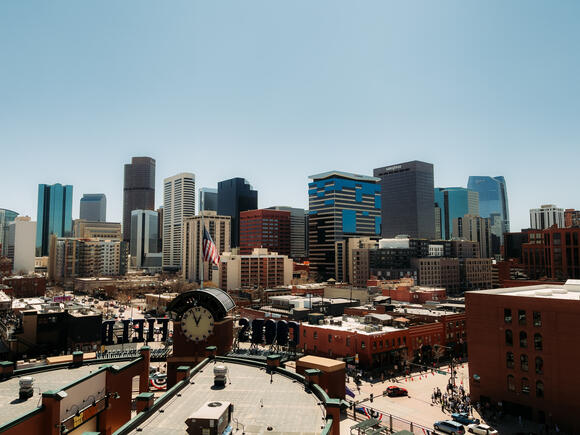 (DENVER, Colo.) The weather in Denver Tuesday will be sunny for the most part, with a high temperature reaching around 55.

The National Weather Service in Boulder stated around 4:05 a.m. Tuesday that there were a few high clouds overhead in addition to somewhat cooler temperatures and breezy northwest winds on the plains.

The sun kissed the skies over the Mile High City at 7:20 a.m. Tuesday and is expected to set later at 4:55 p.m. The air quality index in Denver as of 9:15 a.m. Tuesday was good and satisfactory at 46, posing little or no health risk.

The primary pollutant in the air Tuesday is nitrogen oxides, similar to Monday, which typically are produced as a result of fires, power plants and traffic.

South to southwest winds can be expected to blow throughout Tuesday at 6 mph and will start to blow northeast in the afternoon. Expect sunny conditions and partly cloudy skies to clear up around 2 p.m.

The National Weather Service in Boulder forecasts the skies over the Mile High City to be mostly clear throughout Tuesday evening, with a below-freezing low temperature near 25. Expect southwest winds to blow at speeds around 7 mph.

NWS is expecting the remainder of the week to be dry and mild mainly, with a slight chance of snow possible for the mountains Friday. For Denver, there is a 20% chance of snow and rain showers Friday, with a high temperature around 43 for the day.