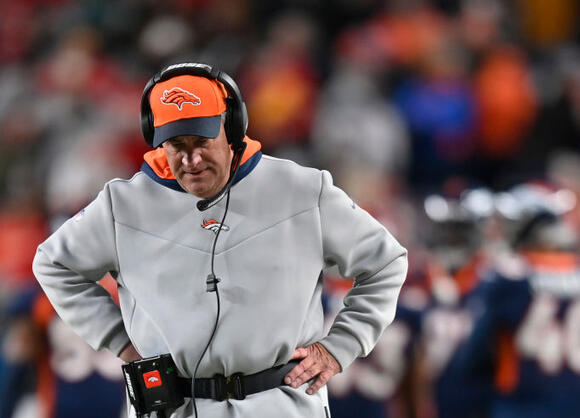 Head coach Vic Fangio of the Denver Broncos looks on during the second half against the Kansas City Chiefs at Empower Field At Mile High.(Dustin Bradford/Getty Images)

Hopefully the weekend was pleasant and relaxing for all. Welcome back to another Monday edition of the Denver Daily Round-Up.

Denver will see sunny and clear skies Monday, with a high temperature around 54.

The National Weather Service in Boulder forecasts clear skies over Denver Monday evening, with a low temperature reaching near 23. Expect south to southwest winds at speeds of 5 to 7 mph throughout the evening.

The Denver Broncos announced Sunday that the team had fired Vic Fangio as head coach, leaving many to wonder who will fill his shoes.

Denver wrapped up this year's season with seven wins and ten losses, finishing under .500 and failing to make the playoffs for the sixth consecutive season, marking all three during Fangio's reign, according to FOX31 Denver. The Broncos were ranked 23rd in the NFL Saturday when playing against the Chiefs, scoring 19.4 points per game.

Dozens of community members came together on Broadway Saturday to hold a ceremony and prayer to honor and mourn the five people killed in a shooting spree throughout Denver and Lakewood on Dec. 27.

CBS Denver reports that a ceremony and prayer was held Saturday in addition to a performance of Danza. Friends of the victims also spoke out in an attempt to heal and cope with the loss of the five people who left their mark on so many within the state's community.

The amount of time teachers, students and additional school employees are required to isolate if they test positive for COVID-19 has been shortened by Colorado's health department to reflect new CDC guidelines.

Individuals who have mild symptoms can refrain from isolating after five days if they do not have a fever for 24 hours without taking medication and if other symptoms improve, The Denver Post reports. Those who test positive and isolate should wear a mask around others whether at home or in public for an additional five days after isolating.