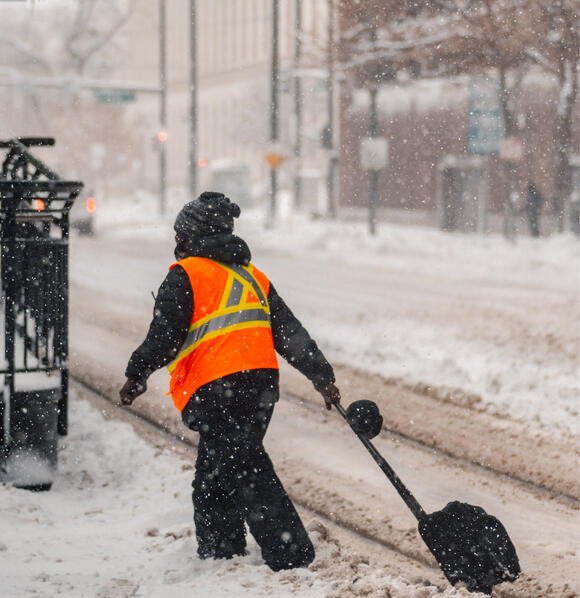 Welcome back to another Thursday edition of the Denver Daily Round-Up.

The skies over Denver Thursday will be mostly cloudy, with snowy conditions expected from 9 a.m. to 1 p.m., followed by more cloudy conditions.

After the snowfall Thursday morning, clouds will creep back in across the sky and dissipate gradually becoming mostly sunny, with a high temperature around 28. There is a 70% chance of precipitation and the total daytime snow accumulation is less than half an inch.

The Colorado Department of Transportation will have a planned safety closure take place Thursday at 1 p.m. for Interstate 70 over Vail Pass for winter maintenance operations.

Denver7 reports that CDOT stated depending on conditions, the closure will run into the afternoon. The eastbound closure area is exit 176 in Vail in addition to a commerce motor vehicle closure at exit 180. The closure point for westbound traffic is exit 195 at Copper Mountain.

3. Remains found in search for person missing in Marshall Fire

The Boulder County Sheriff's Office stated Wednesday that human remains have been discovered during the search for one of two people reported missing following the Marshall Fire.

Partial remains of an adult were found by investigators working in the 5900 block of Marshall Road, an unincorporated area of Boulder County, the sheriff's office stated. The remains will be identified in addition to determining how the individual died by the Boulder County Coroner's Office, according to 9News.

4. Colorado still a few weeks away from omicron peak, with hospitalization impact murky

A top Colorado health official stated Wednesday that the state is on track to be a few weeks away from reaching its omicron peak as hospitals prepare for a multitude of scenarios that could take place during that time.

Rachel Herlihy, Colorado's epidemiologist, claimed that Colorado has been looking at how the new variant peaked and got people sick in places like South Africa and London. The Denver Gazette reports that Herlihy stated that Colorado is nearly on day 18 of its omicron wave and that hospitals statewide are getting ready to experience a similar amount of patients as they had in November when hospital capacity was extremely threatened.