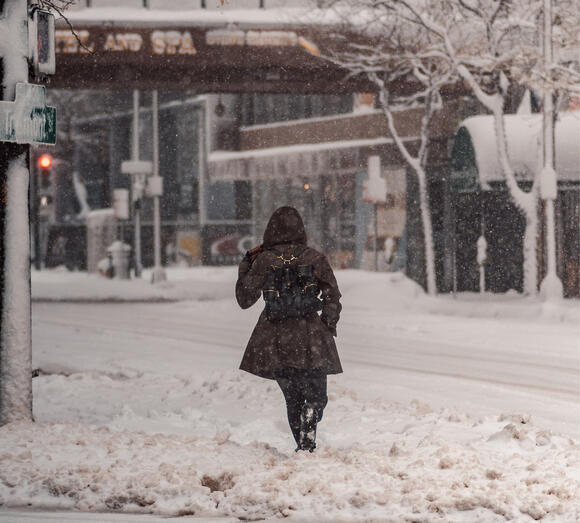 The sun rose over Denver at 7:21 a.m. Thursday and is expected to set later at 4:50 p.m. After the snowfall Thursday morning, clouds will creep back in across the sky and dissipate gradually becoming mostly sunny, with a high temperature around 28.

Wind chill values Thursday are as low as -9, with light and variable wind that will become north at speeds of 5 to 8 mph in the morning. There is a 70% chance of precipitation and the total daytime snow accumulation is less than half an inch.

The National Weather Service in Boulder forecasts cloudy skies in Denver Thursday evening with warming temperatures expected to rise to nearly 31 degrees by 4 a.m. Friday. Expect south to southwest winds at 6 to 8 mph throughout the night.

NWS predicts temperatures will stay cool Thursday afternoon, especially on the Eastern Plains. The mountains will continue to get snowfall through the night.