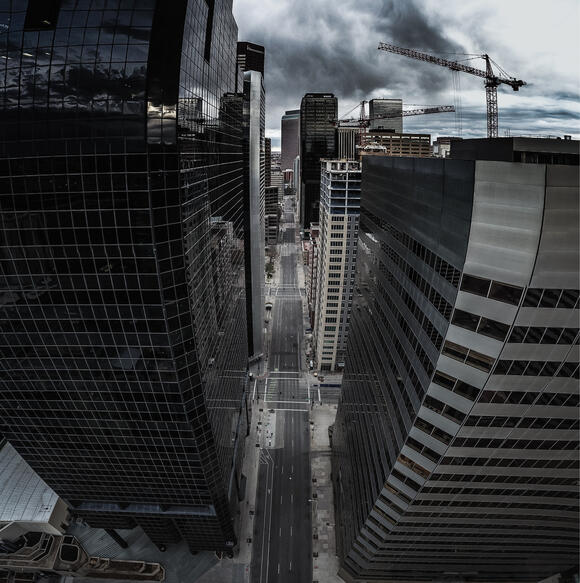 (DENVER, Colo.) The skies over the Mile High City Tuesday morning started clear for the most part and will become and remain mostly cloudy throughout the day.

The National Weather Service in Boulder forecasts that Denver will be mostly cloudy with a high temperature near 60. The sun is poised to rise at 7:13 a.m. Tuesday morning and will be set at 4:36 p.m. in the late afternoon.

The air quality for Tuesday in the Mile High City as of 6:50 a.m. was 60, similar to Monday around the same time and is acceptable, however, it could pose a moderate health concern for individuals who are unusually sensitive to ozone or particle pollution.

South southwest wind will reach speeds of 6 to 8 mph and will become north Northwest in the afternoon.

In the evening, Denver's skies will clear up a bit and remain partly cloudy, with temperatures reaching a low near 38. South wind will reach 9 to 13 mph with gusts potentially reaching as high as 21 mph.

A storm is expected to roll in across Colorado Wednesday, bringing strong and damaging winds that will blow dust and cause dangerous fire weather conditions for the Front Range and eastern plains.

There will be a slight chance of rain Wednesday before 10 a.m., followed by a chance of snow between 10 a.m. and 11 a.m. Wednesday, with southwest wind reaching speeds of 16 to 26 mph and later becoming west 35 to 45 mph. Gusts may reach as high as 70 mph.