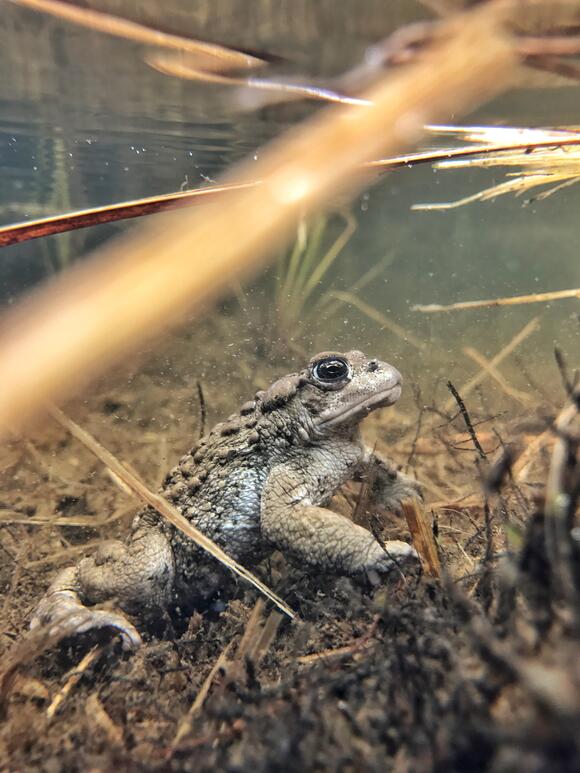 (DENVER, Colo.) Colorado Parks and Wildlife have joined forces with Denver Zoo to create a multi-year program aimed at helping bring the population of endangered Colorado boreal toads back to a healthy level.

The boreal toad has undergone considerable population declines for the past 20 years and was once common in mountainous areas in the Southern Rocky Mountains. Habitat loss and infection brought on by the chytrid fungus seem to be the primary cause of the population decline, as the fungus can infect a large portion of the planet's 7,000 amphibian species and has been linked to large population declines and extinctions worldwide, according to CPW.

“Boreal toads are in a lot of trouble, but their numbers are still relatively strong even though their population is in decline,” said Stefan Ekernas, Rocky Mountain/Great Plains Program Director at Denver Zoo. “Colorado Parks and Wildlife has done a tremendous amount of work on the conservation of boreal toads for almost 30 years, and we’re excited to join in the effort to help the species make a meaningful recovery while there’s still time.”

Denver Zoo has worked to conserve amphibians for over 15 years, becoming the first zoo in the Northern Hemisphere in 2018 to breed endangered Lake Titicaca frogs and has since provided zoos and aquariums across the country and in Europe with over 250 healthy frogs. The Zoo additionally bred and produced over 600 boreal toads in 2019 that were then released in a remote location in southwestern Utah.

Furthermore, the Zoo bred endangered Panamanian golden frogs this year under the Association of Zoos and Aquarium's Species Survival Plan. A group of Denver Zoo conservation and amphibian experts went to the Native Aquatic Species Restoration Facility on Nov. 10 in Alamosa to retrieve 95 boreal toads to be utilized as a further breeding population for their species.

The Zoo will attempt to breed the toads in the spring of 2022 with the hopes of releasing up to 20,000 tadpoles into Colorado's wilderness next summer to offer a large increase to the species' population.

NASRF works to protect and restore threatened and endangered aquatic species that are native to Colorado and are currently raising 12 species of endangered fish in the state-of-the-art facility from federally endangered bonytail chub to the boreal toad.

Denver Zoo and CPW officials predict that bringing the species back to a secure level in the Southern Rocky Mountains will take many years, with this collaboration expected to be a multi-year program. Additionally, the Zoo will start a community science project as part of the wild release program that will involve volunteers monitoring the survival of young and small toads released in addition to evaluating possible sites across Colorado to release them at.

“We have had success in the past producing boreal toad eggs and tadpoles at NASRF, but it is challenging, and with the increasing need for more animals, we need to step up breeding and reintroduction efforts,” said Harry Crockett, Native Species Aquatic Species Coordinator for CPW. “This is a great opportunity for boreal toad conservation and collaboration with a strong conservation partner in Denver Zoo. We will really benefit from their expertise, experience in the conservation and breeding of boreal toads and other endangered amphibian species.”