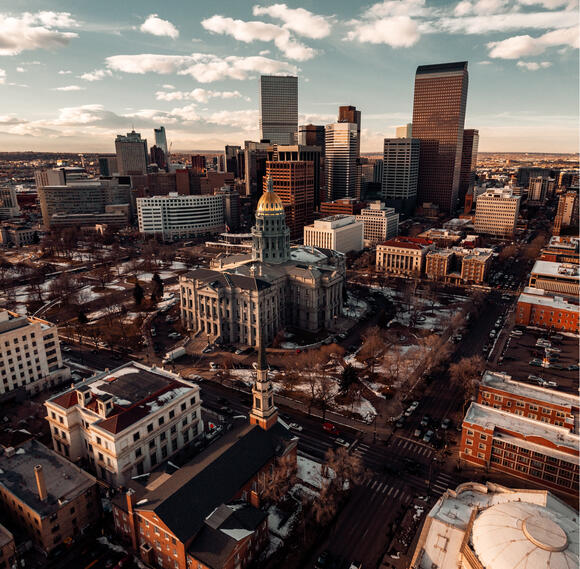 Daybreak began over Denver Thursday at 7:10 a.m. and is expected to set later this afternoon at 4:35 p.m. Air quality in Denver Thursday as of 7:37 a.m. was similar yet slightly higher than Wednesday, at 36, posing little or no health risk.

The National Weather Service in Boulder reports that the skies over the Mile High City this Thursday will be partly sunny, with a forecast high near 53. South southwest wind will reach speeds of 5 to 10 mph and will become north northeast in the afternoon, with gusts of winds potentially reaching as high as 17 mph.

There will be a 10 percent chance of rain in Denver after 5 p.m., with a slight chance of snow before and after 8 p.m. The evening skies will be mostly cloudy, with a forecast low around 25. North winds will reach 6 to 10 mph and gusts may reach as high as 20 mph.

There will be a 40% chance of precipitation, with a possibility of less than half an inch of new snow accumulation. There will be areas of light snow in the late evening into the Friday morning across the I-25 corridor and plains, however, there is no promise that Denver's snowless streak will be broken.

Winter Storm Warnings are in place for the mountains through Friday afternoon, with travel conditions expected to worsen through Thursday evening as heavier snow drops.