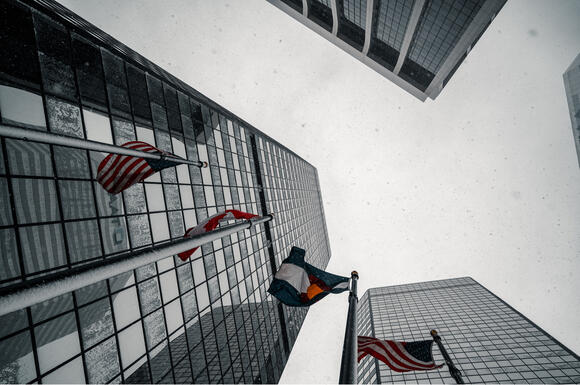 (DENVER, Colo.) The Mile High City will be dry and sunny Tuesday, following a much colder Monday.

The National Weather Service in Boulder is reporting that Denver will see mostly cloudy skies Tuesday, with sunny conditions expected around 10 a.m., with a high temperature near 53. Northwest winds will reach speeds of 5 to 7 mph and will settle down in the afternoon.

The sun began to rise over Denver at 7:08 a.m. Tuesday morning and is expected to set at 4:35 p.m. The air quality in Denver on Tuesday is 58 as of 7:40 a.m., similar to Monday at the same time and is acceptable but may cause a possible health concern for those sensitive to ozone or particle pollution.

The Mile High City's skies will remain mostly clear throughout the evening, dipping to a forecast low of around 31. There will be southwest winds from the south reaching speeds of up to 5 to 7 mph.

The mountains will see gusty winds expected on and off at times and scattered areas of light snow, with a possible additional snow accumulation of 1-inch and strong winds of 30-60 mph on the divide, according to FOX31.

Although Denver is expected to see no snowfall yet again on Tuesday, a large storm will arrive Thursday and Friday, bringing colder temperatures, strong winds and a 70% chance of snow, possibly dropping anywhere from 0 to 2 inches of snow in the Mile High City Friday.

Friday will have a forecast high around 36, with temperatures dropping in the 20s in the afternoon, later falling into the teens.