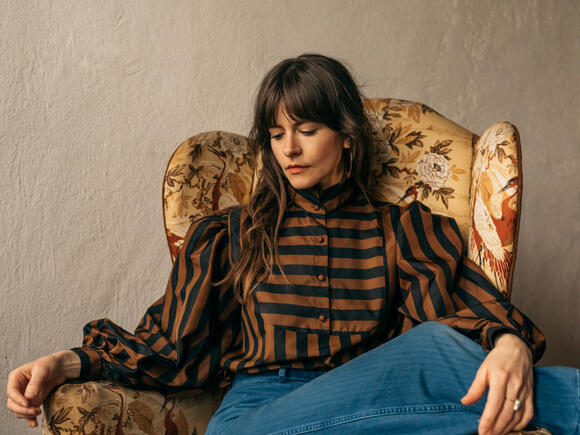 (DENVER, Colo.) When solo-artist Allison Lorenzen's plans to move to New York to accept a promising job opportunity were rerouted during the height of the COVID-19 pandemic, she had no choice but to move in with her family in Fort Collins.

At that time, Lorenzen was living in an old drafty freezing farmhouse on a countryside hill in Boulder near Niwot and Longmont that she believed would be a great location to focus on her music. Before that, she spent the majority of her career in Philadelphia as one half of the band School Dance, playing the keyboard and singing with the other half, Sam Tremble, playing drums and the vibraphone.

After School Dance parted ways in 2017, Lorenzen stopped playing shows for a few years as a result of intertwining her creativity and music so deeply within her relationship with Tremble that she decided to separate and untether herself from that relationship and took space from music. 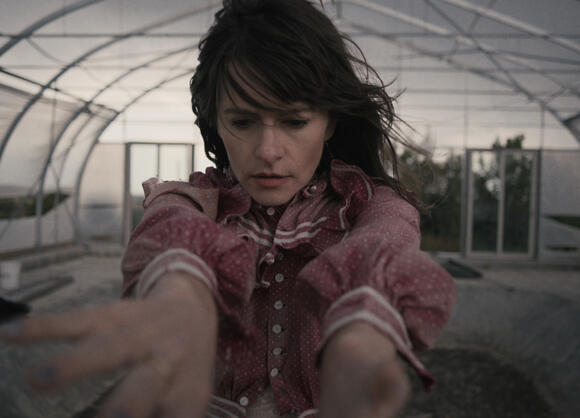 Lorenzen spent the majority of 2020 performing live serenades on social media platforms such as Instagram and Facebook and continued to work on her music each day.

She released her single "VALE" on January 22, 2021, featuring Madelyn Johnston of Midwife, gaining popularity and traction as a solo artist.

Lorenzen had written the first half of "VALE" in 2012 after being inspired by the language in Cormac McCarthy's post-apocalyptic novel The Road and even performed an older version with a different ending with her former band School Dance. It wasn't until she began figuring out a solo set in 2019 that she returned to the song and finished the second half.

Johnston and Lorenzen used to play shows together with School Dance and built a relationship and connection through the music scene. After School Dance ended, Lorenzen went to a show at Fort Green in Denver where Johnston happened to be playing.

Johnston invited Lorenzen to play a solo show with her in addition to a handful of other shows in Denver. In January of 2020, Johnston asked Lorenzen if she would like to record a song with her produced by her. Johnston was thrilled when Lorenzen suggested they record "VALE" after hearing Lorenzen perform it multiple times at several shows. 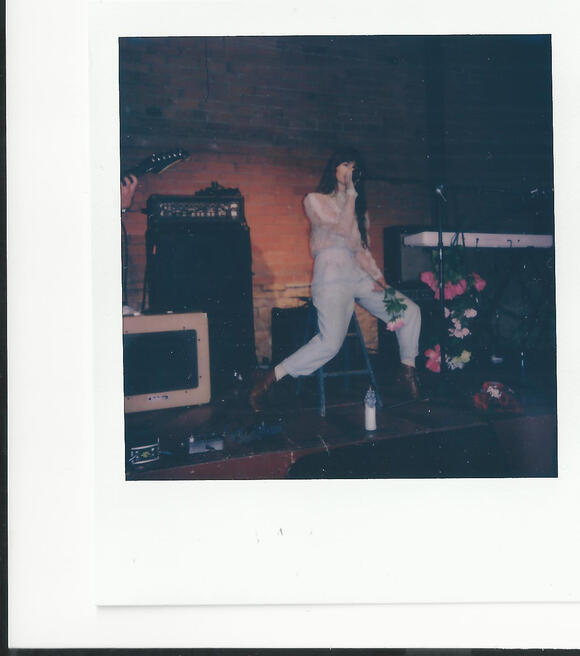 The two of them began recording the song in February of 2020 just before the COVID-19 pandemic locked down nearly everything, forcing the two of them to send materials back and forth and eventually complete the song in the fall of 2020. Until then, Lorenzen had not released any new material in four years.

The song received much popularity, landing Lorenzen notoriety in a multitude of news stories and articles earlier this year in prominent publications including 303 Magazine, FLOOD Magazine and Goldflake Paint to name a few. A song with heavy themes of hope, her debut LP Tender, released on Nov. 19, continues on the meaning behind "VALE".

"I don't know if I ever stopped to ask how other people would perceive it but it's just one that I love singing and playing live so it just feels a little bit ritualistic or something in a way and I really connected with it on that level, so I'm really happy it got people to enjoy it," said Lorenzen on the popularity of "VALE". "I think what Maddy added to it just made it feel more complete at least in a recorded version so I love that it mixes the heaviness with the lightness sonically."

Recorded on Lorenzen's childhood piano in Fort Collins, Tender is an eight-track LP with songs that contemplate the loss of a romantic relationship and a band and accommodate such loss with dependency, allowing oneself to be taken care of and finding a way through. The fifth track on the LP, "Afterthought", was written in 2011 and can be outwardly identified as a breakup song from not just one relationship.

Lorenzen stated that the reconciliation part of Tender is on one hand a means of processing endings such as relationship endings but on the other hand, is more so her way of reconciling with herself and knowing that she is okay when connecting with herself on a deep level.

The final track on the LP, “Mirrors” is a doorway into deep self-reflection and is Lorenzen's way of processing the dynamics of relationships as she does on many of the songs on Tender. At just 24 seconds into the song, the first six lyrics are "there's a diamond in your eyes”, which is about the tendency of projecting greatness onto someone else at one's own expense.

Nearly a minute in, Lorenzen asks "what is it you want", reflecting on the confusion that takes place in a relationship and referring to how things can dramatically and drastically shift in a short amount of time.

The willingness to overlook certain things, to subscribe to this illusion of comfort of a future, around the bend and so often at one's own expense," said Lorenzen, referring to the meaning and mood behind the lyrics of "Mirrors". "This song like most or all of the songs is ultimately about my relationship with myself, so as mirrored through relationships with others, but I think that how people show up in our lives and interactions is a mirror of what’s going on within us." 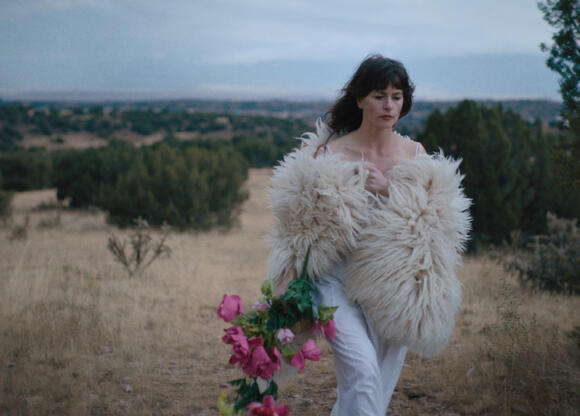 Lorenzen expressed extreme gratitude for Ryan Hall, her publicist at her new label for aiding her in getting her new LP out to the public and music lovers.

Nearly 72 hours after the release of her debut LP, Lorenzen began planning for recording written songs this winter and hopes to tour in the spring. She has a duet she is working on with a friend of hers that is a folk singer, expected to release in January or February.

Furthermore, Lorenzen will be performing an album release show at Fort Greene located at 321 East 45th Avenue in Denver on Dec. 4 from 7:00 p.m. to 9:00 p.m. with special guests Julie Davis of BLUEBOOK who will perform a solo set and Johnston of Midwife to accompany Lorenzen on a few songs.

"I'm excited, it's kind of special," Lorenzen said. "As I was envisioning the release show, I just kept coming back to Fort Greene as an ideal spot for it. It's really beautiful and cozy but I love the layout so I decided to reach out to the owner to ask if she would make an exception."

For more information regarding Allison Lorenzen, including where to listen to her recent LP, Tender or where to purchase vinyl and other merchandise, click here or to purchase tickets to the alum release show, click here.