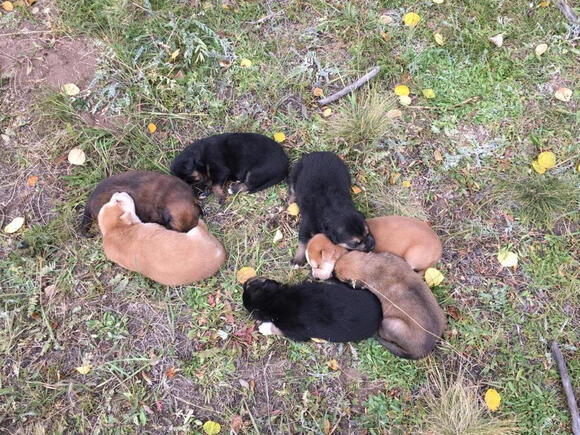 A group of puppies sleep soundly in the yard area at the PeaceWorks shelter.(Photo courtesy of PeaceWorks)

Serving the Metro Denver, Park and Jefferson counties and launched in 1986, PeaceWorks is a one-of-a-kind shelter that is one of 10 shelters and programs in Colorado that additionally takes survivors of sexual assault that occur outside of intimate partner violence. Furthermore, it is among over 1,200 nationwide “safe havens” and is one of five shelters in the state that houses pets on site with the survivors.

A total of 34 additional shelters in Colorado have the ability to offer fostering. Some shelters do not have short term emergency shelters, but are rather organizations that exclusively provide non-residential services.

However, PeaceWorks provide survivors with not only free housing but also a wellness program that includes yoga, block therapy, art therapy, hiking in the warmer months, an empowerment group for residents and non-residents, legal advocacy for accompaniment, hospital accompaniment, protection orders, an address confidentiality program and more. They also work with the local Salvation Army, COVA and food banks to provide services such as car repairs, clothing, relocation and many more basic needs.

We are a small organization but we've grown a lot and we have just amazing programs. I've been with PeaceWorks for four years and it's just really taken off since then. We're doing all these different integrated healing things and we are so inclusive and have just amazing staff.

October is Domestic Violence Awareness Month, and research shows this issue impacts people of all genders. Statistics from the National Coalition Against Domestic Violence show that one in three women and one in four men in the United States have experienced some form of physical violence by an intimate partner, such as slapping, shoving or pushing.

A recent study from the University of California Davis proposes that isolation brought on by the COVID-19 pandemic was connected to a surge in domestic violence. Similarly, Time Magazine data pulled from surveys worldwide and police department reports in major cities across the nation have shown similar statistics during the pandemic.

PeaceWorks has sheltered survivors and their pets, livestock or exotic animals such as snakes, cats, dogs, birds, fish and so much more. In 2019, the shelter helped to house llamas for a client. 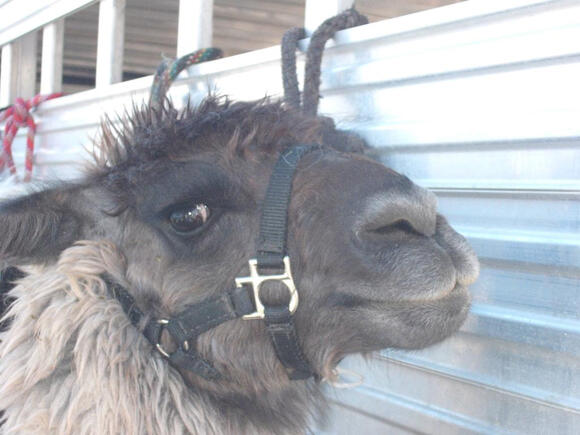 Roughly 40% of survivors of domestic violence, sexual assault and sex trafficking came to PeaceWorks with their pet(s). Advocates such as Lea Hamner often witness behavioral issues in pets such as anxiety and depression, so they provide pet reiki, night lights and calming vests.

"Research linking domestic violence with animal abuse started about 30 years ago as women entering shelters reported their pets being injured or killed," said Mary Lou Randour, senior advisor for animal cruelty programs and training for the Animal Welfare Institute, a non-profit organization that seeks to reduce the suffering inflicted on animals by humans.

"When someone is committing animal abuse in a family, they are often not directing violence just towards animals but to children and a spouse. In 2014, the FBI included animal cruelty as separate category in its crime data base. It's linked to other offenses, so if you spot animal cruelty, may be saving a life."

Randour claims that the key to solving domestic violence against humans and animal abuse is for people to be informed and aware, to report suspicious activity and to know that whether they are an individual, a member of the community or someone working human services, there are resources for people who are in danger and have pets they need to protect. The Animal Welfare Institute provides state manuals, a safe haven directory, questions for health care workers, public nurses and domestic intake workers or crisis workers when speaking with victims.

The organization, located just nine blocks from the United States Capitol in Washington D.C., additionally works to educate and train law enforcement and prosecutors across the country on dealing with animal cruelty crimes.

While PeaceWorks is one of the smallest domestic violence shelters in the Centennial State, it holds a lot of value, providing its survivors with a lot of one-on-one attention, refraining from an institutionalized feeling. The small shelter provided help to 69 survivors in 2020, including 18 youth as a result of the COVID-19 pandemic.

Hammang stated that the shelter is a four-bedroom house that can be very therapeutic for survivors and their pets but can also be challenging due to the lack of space. Despite not being in a large house, the shelter is a communal living and healing environment that has four dog kennels and a cat room that is currently at maximum capacity with seven cats. 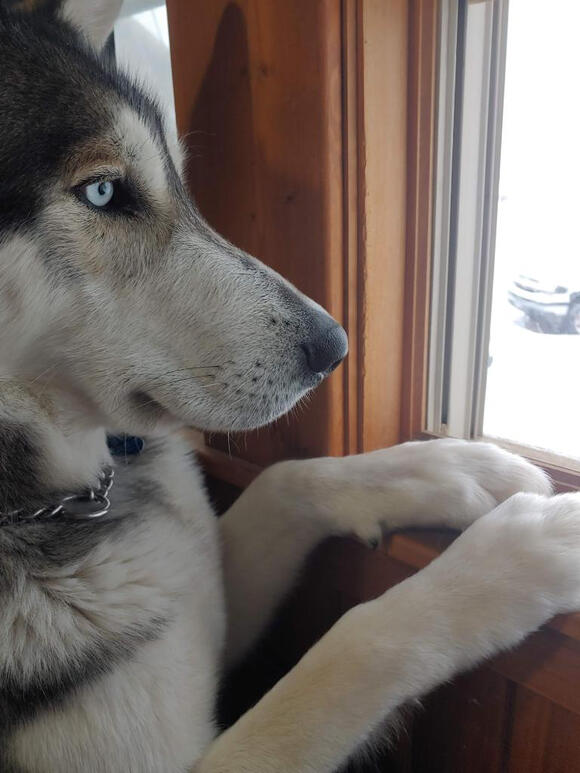 For Colorado native and domestic violence survivor Scot, dealing with his trauma was more about coming to terms with his situation and accepting that he had almost lost his life. Scot, a 52-year-old auto technician by trade, worked on vehicles since he was six years old but has been unable to work since he was 25 due to brain damage and seizures that were brought on by being beaten by his stepfather as a child.

In 2017, while living in the small town of Matheson, located off Highway 24, Scot said he and his ex-wife got stuck at Mosquito Pass where he was forced to stay in ankle-deep snow for nine-and-a-half hours.

"From November 28, 2017 through December 12, I was in the ICU with Myocardial Infarction enzyme heart attack, hypothermia, frostbite and poison in both legs," Scot said. "When I got released, I was put on oxygen and have been ever since."

On Feb. 17, 2018, the Saturday after Valentine's day, Scot's ex-wife made him sit outside in the cold again for hours. This continued a few times including on their anniversary, where he was locked outside from midnight to 6 a.m. without his oxygen or the keys to his truck.

When he was let in at 6 a.m., his ex-wife told him that she would be leaving and taking his three service dogs, Chewie, a terrier mix, Hercules, a Chorkie mix and Tucket, Hercules' pup with her. After sleeping until 10 a.m., she told him he had to leave and proceeded to pin him against the wall and kick his spine when he refused.

She was later arrested by police and Scot phoned his mother to help him get out of his home at the time. Scot's mother reached Colorado agencies including The Initiative and Atlantis Community, Inc. that paid for a car service to transport Scot the following Saturday to PeaceWorks, where he was housed with his three dogs until June 6.

Scot has since not gone back to his ex-wife and now has a new girlfriend that was once his caregiver. With no family and friends, he takes life day by day and has used his experience to help others in similar situations, including a neighbor that was taken to PeaceWorks two years ago after being beaten by her boyfriend.

The woman went back to her abusive boyfriend which led to her going to the police just last week. When speaking with her recently, Scot emphasized to her that she needs to be done with him and to never look back.

Every situation is different, but nine out of ten times, the abuser is not going to stop. It will keep repeating and might stop for a while, but it's going to happen again. The biggest thing is to realize what has happened to you and stay strong and if you aren’t staying strong, go to your advocates. Get help and don't look back.