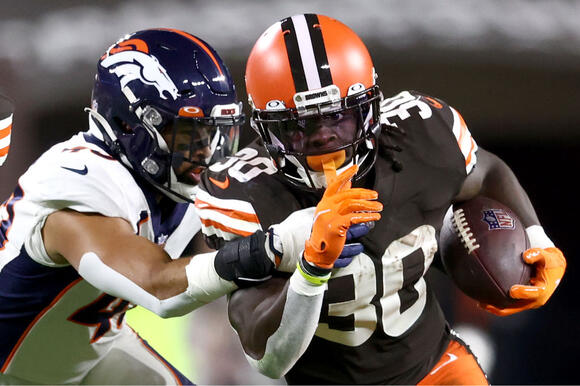 Inside linebacker Justin Strnad #40 of the Denver Broncos tackles running back D'Ernest Johnson #30 of the Cleveland Browns.(Gregory Shamus/Getty Images)

(DENVER, Colo.) Top of the morning and happy Friday Denverites.

Another workweek is behind us and the weekend is just hours away. Welcome to another Friday edition of the Denver Daily Round-Up.

The sun is shining bright on the Mile High City today although cloudy conditions are expected around 5:00 p.m., with the forecast high being 74°F and the low 37°F.

Today, the Broncos grapple with earning their fourth consecutive loss against the Browns, a Denver auditor is claiming the city is not doing enough to keep its parks safe and clean, an enormous apartment-hotel project breaks ground and long lines and parking issues continue at Denver International Airport.

Here is a closer look at just a few of the most important, local happenings in Denver you should be aware of: 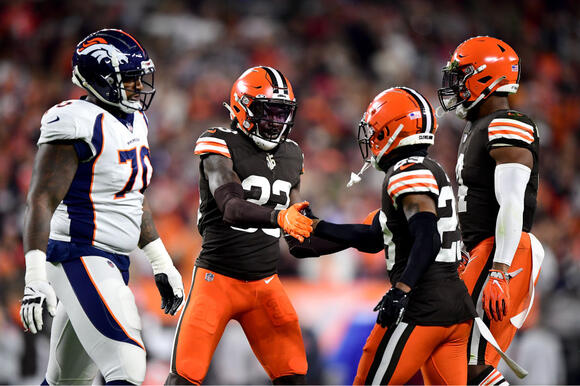 The Denver Broncos (3-4) went into Thursday night's game against the Cleveland Browns (4-3) desperately needing a win.

Alternatively, the Broncos fell to the Browns, 17-14, marking the team's fourth consecutive loss. The Broncos were down 10-0 at halftime and sought to come back improved in the second half, but fell short, with outside linebacker Von Miller was ruled out later in the second half of the game due to an ankle injury. 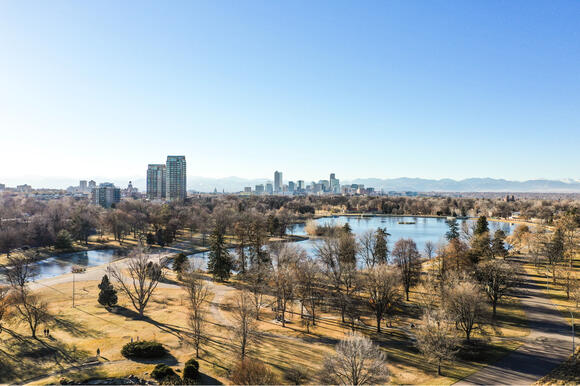 A new report from Denver Auditor Timothy M. O'Brien, CPA, released on Thursday afternoon claims that the city is not doing as much as it can regarding keeping its parks clean and safe.

The audit examines Denver's Department of Parks and Recreation's use of taxpayer dollars towards parks. Denver voters approved a 0.25% sales tax in 2018 to support parks, trails and open spaces. O'Brien stated that the department is not adequately informing the public when and how the city is utilizing that money. 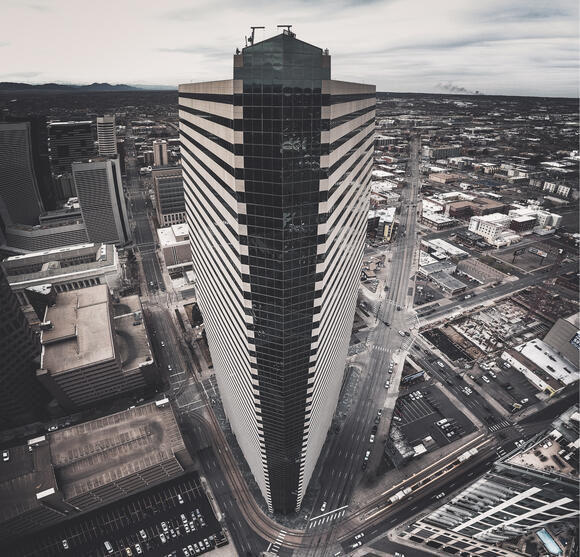 A 15-story, 626-unit project extending across a full Jefferson Park city block has broken ground four months after being sold.

The project, located at 2601 Alcott St, will feature apartments and hotel units and is being developed by Denver-based Grand Peaks who also designed it. The project's block is formed by Alcott and Bryant streets as well as 26th and 27th avenues. 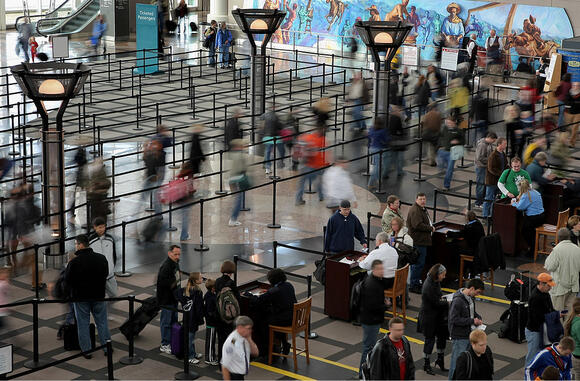 Denver International Airport CEO Phil Washington is poised to give an update Friday regarding passenger traffic and impacts the airport faces currently due to being the fastest recovering and large airport in the country.

Washington is also set to discuss issues in the labor market, contractor strikes, construction and future growth. The airport continues to be one of the busiest in the world.