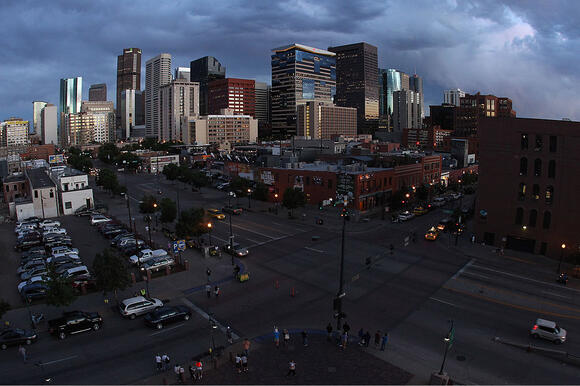 A view of the intersection of 20th Street and Blake Street with the Denver skyline in the background from the Coors Field.(Doug Pensinger/Getty Images)

(DENVER, Colo.) Good day, good morning and a happy Thursday to you and yours Denver.

Welcome to the Thursday edition of the Denver Daily Round-Up. Make sure to keep warm today as the forecast high is 51°F and the low is 34°F.

Let's dive right into some of the most local happenings for this Thursday in the Mile High City.

Today, Broncos head coach Vic Fangio addresses Job Gruden's resignation as Raiders' head coach a few days before Sunday's showdown, a shortage of DIA and CDOT drivers is resulting in less airport parking and slower snow plowing on some roads, a teacher from the University of Colorado Denver is suing the university after being banned from the campus over rumor she has COVID-19 and United Airlines announced the addition of a new international flight from Denver. 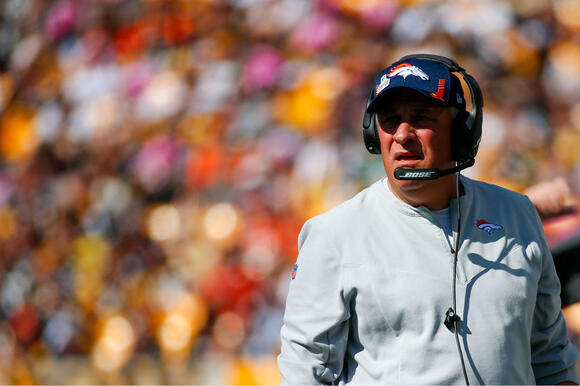 Head coach Vic Fangio of the Denver Broncos reacts during the first half against the Pittsburgh Steelers at Heinz Field on October 10, 2021.(Justin K. Aller/Getty Images)

Vic Fangio did not beat around the bush Wednesday when speaking on Jon Gruden resigning as the Raiders' head coach this week.

Gruden resigned Monday following the discovery that he had sent racist, homophobic and misogynistic comments in emails from 2011 to 2018, according to the New York Times. Broncos safety Justin Simmons, who was the Broncos' 2020 nominee for the Walter Peyton Man of the Year Award, was also asked about the situation.

The Broncos and Raiders will face off Sunday at Empower Field at Mile High. 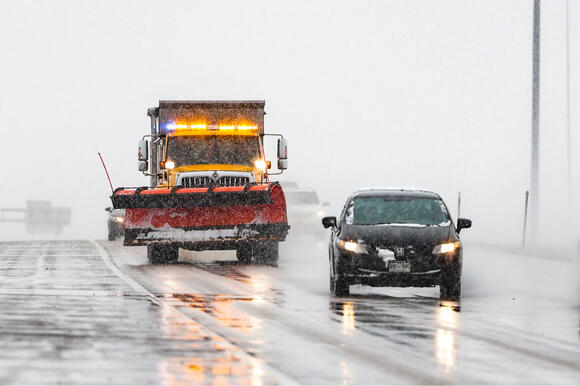 A snow plow drops salt on the road near Denver International Airport on March 13, 2021 in Denver, Colorado.(Michael Ciaglo/Getty Images)

A shortage in drivers at Denver International Airport and the Colorado Department of Transportation is leading to little available parking at the airport and could lead to state road crews taking longer to plow snow as the state's snowy season nears.

DIA's shuttle operator and CDOT are seeking to hire over 200 drivers for jobs that help with keeping the state's transportation system running smoothly. However, with labor shortages taking place across the economy, both are struggling to find enough people with commercial driver's licenses.

3. CU Denver teacher sues after university bans her from campus over rumor she has COVID 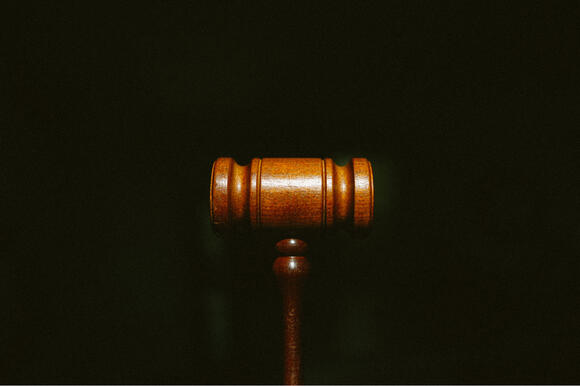 Executive Director of National History Day Colorado, Celeste Archer, is suing the university after she claims that it banned her from being on campus over a rumor that she had COVID-19.

Archer received a forward email from her boss from the Department of Occupational Health one week before the program's annual showcase at CU Denver stating that she could not return to work until she was cleared for COVID-19. Archer claims that there was no due process and that the university would have discovered that she was not in the state on the dates that the person alleged they came in contact with her if it had investigated the report first. 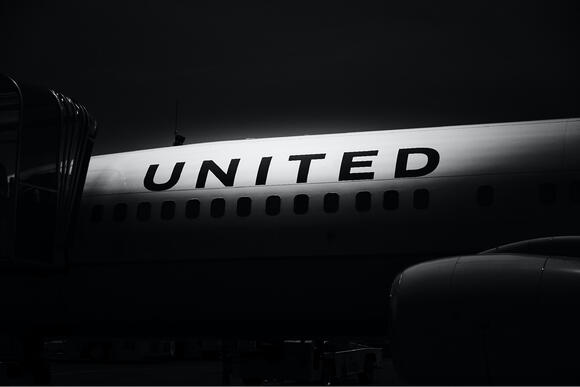 United Airlines announced Thursday it will add service between DIA and Munich, Germany in the spring of next year.

The new flight to Munich will join United's current service from Denver to Frankfurt, with Denver to London expecting to resume in March of next year. The airline has stated that the new flight is part of the biggest transatlantic expansion in the company's history including ten new flights and five new destinations such as Jordan, Portugal and Norway to name a few.