Denver daily round up: four top stories this Tuesday 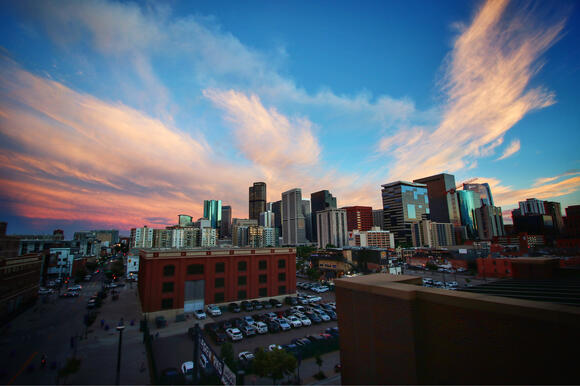 We are one workday closer to the weekend. Hopefully, you are hanging in there and enjoying the slightly cooler weather.

The following are four local trending stories from Tuesday that you need to be aware of:

Long-standing Denver Mexican restaurant, Lola Coastal Mexican has closed its doors forever to reopen as The Post Chicken & Beer. The restaurant began in 2002 on South Pearl Street and was relocated to the LoHi area in 2006 where it stood for a total of 15 years.

2. President Biden in Colorado: Here's what to expect Tuesday

President Joe Biden will visit Colorado Tuesday, marking his first presidential visit to the Centennial State. He is expected to land at Denver International Airport at 1:10 p.m. and will then venture to Golden to deliver comments at the National Renewable Energy Laboratory.

According to the White House, Biden's remarks will work to "underscore how the investments in his Bipartisan Infrastructure Deal and Build Back Better Agenda will help tackle the climate crisis, modernize our infrastructure, and strengthen our country’s resilience while creating good-paying, union jobs and advancing environmental justice."

The contract was extended through October 2023, with eleven council members approving the extension and two voting against it. The Wheat Ridge-based Environmental Hazmat Services was contracted with Denver in 2018 with EHS workers being involved with encampment sweeps, storing or disposing of tents, sleeping bags and other personal items and then clearing and cleaning the area.

The Denver Auto Show is returning to Denver Wednesday through Sunday in downtown Denver in the parking lot of Elitch Gardens Theme and Water Park.

Rather than being indoors at the Colorado Convention Center, this year's show will be outside like it originally was from 1917 to 1919, according to Denver Auto Show CEO Tim Jackson. Additionally, Jackson stated that the show will feature cars, booths and various exhibits with electric vehicles possibly stealing the show due to Emission-free vehicle mandates kicking in in 2030.