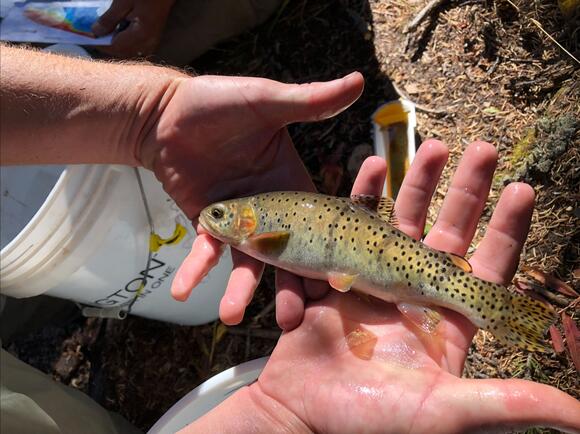 The U.S. Forest Service (USFS) will temporarily close the area to all uses so that the project can take place. A small portion of CPW's Bliss State Wildlife Area and Williams Gulch will be impacted in addition to having restricted use, according to CPW.

The USFS will keep the area around Williams Gulch closed for the health and safety of the public while the project is active. The project area involves parts of Forest System Roads 319 (Green Ridge Road) and 177 (Green Ridge Cutoff) which will all be closed to all uses.

Nikola Jokic #15 of the Denver Nuggets leaves the court after their double overtime win over the Portland Trail Blazers.(Matthew Stockman/Getty Images) (DENVER, Colo.) Good morning and top of the workweek Denver.