Refugees from Afghanistan begin to arrive in Colorado 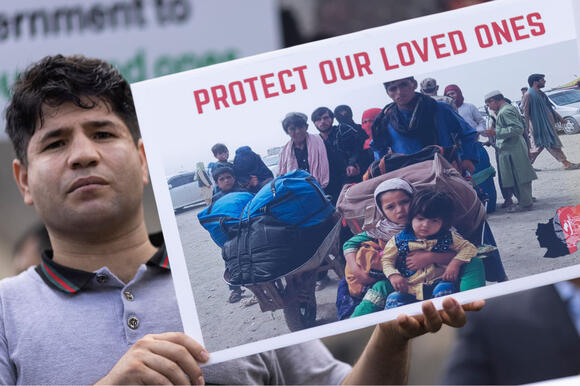 (DENVER, Colo.) Refugee families from Afghanistan have started to arrive in Colorado after the South Asian country's capital was retaken Sunday by the military organization, The Taliban.

According to Denver7, the Colorado Department of Human Services stated that Afghan families had already begun arriving in the Centennial State Monday afternoon, however specific numbers or statistics were not released.

Colorado Representatives such as Congressman Jason Crow have already urged the United States and the Biden administration to keep the Kabul airport in Afghanistan open in an attempt to get as many Afghan refugees and American citizens as possible out of the country.

Furthermore, Congressman Crow and Congressman Tom Malinowski lead a letter on Tuesday with 40 bipartisan members calling on the Biden Administration to commit to keeping the airport open.

“We are here today with a very simple message, and that is keep Kabul airport open,” said Congressman Crow. “We can get thousands and thousands of people out. But we must have the will. That is our simple message.”

KDVR reports that the refugee families will utilize resettlement agencies for services from housing and job placement to case management in addition to a health screening within the first month of the time they arrive.