How Denver is celebrating the newest federal holiday, Juneteenth 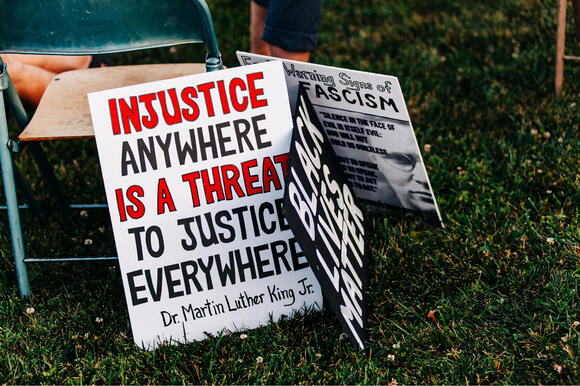 (DENVER, Colo.) The City of Denver is set to hold festivities Friday through Sunday to celebrate Juneteenth, the date that slavery in the United States ended.

The day, June 19, was officially established as a federal holiday after President Joe Biden signed a bill Thursday, according to CNBC. The day celebrates when African Americans discovered that they had been freed on June 19, 1865, following the signing of the Emancipation Proclamation.

The celebration of Juneteenth in Denver began in 1953 and was started by Denver businessman Otha P. Rice, as reported by Denver7. While many cities across the country celebrate the new federal holiday, Denver has annually held the Juneteenth Music Festival, attracting nearly 50,000 people each year.

Here are some events taking place in the Mile High City celebrating the day:

Hosted by leader, writer/producer and entrepreneur Oren Lomena, there will be a live broadcast and community discussion on Friday where viewers can learn about how to honor and celebrate Juneteenth.

At 2:00 p.m., community leaders in Denver will speak about what it means to them to make Juneteenth a national holiday. Additionally, the Juneteenth Eve celebration will highlight the street festival, showcasing the art, culture and food behind it.

For more information regarding the broadcast, including the complete broadcast schedule, click here.

To kick off the Juneteenth weekend, there will be an outdoor concert headlined by the nationally renowned R&B group, 112. The concert will be held to recognize and honor the freedom, culture, history and achievements of African Americans.

For more information regarding the 112 concert, including where to purchase tickets, click here.

The annual and historic street festival is returning this year to Denver's Five Points neighborhood featuring live performances, art, vendors and entertainment for all ages.

Additionally, there will be interactive and educational programs taking place at acclaimed African American cultural institutions and landmarks throughout the area.

For more information regarding the Juneteenth Music Festival, including where to purchase tickets, click here.

One of Denver's longest-running parades, the Juneteenth Parade began in the 1950s and consists of roughly 3,000 people marching to honor the difficulties and social progress that has been achieved through marches and demonstrations arranged for freedom, justice and equality across the nation.

Organizations looking to take part in the parade can do so by registering here.

The historic Cleo Parker Robinson Dance Theatre will be hosting a day full of festivities to celebrate Juneteenth, from 90-minute live panels with local experts and food and beverages to a Juneteenth Pop-Up Museum.

The final live panel, titled Black Business and Impact of Sports, will start at 2:00 p.m. and will be hosted by Charles Johnson. Panelists include Camille Hammond, Ronald Sally, Anthony Spikes and Alfred Williams.

For more information regarding the live panels, including where to purchase tickets, click here.