Coloradans urged to be bear aware while camping and backpacking 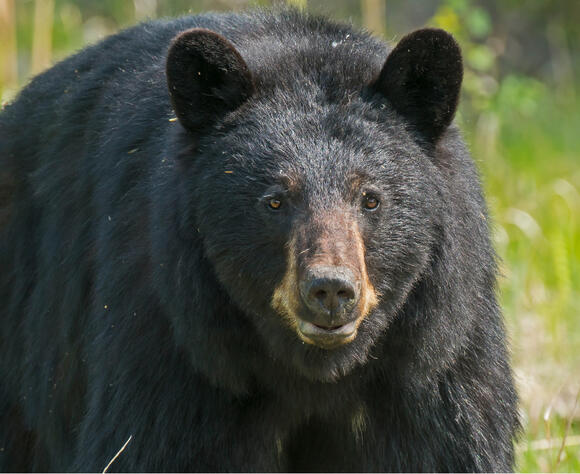 (DENVER, Colo.) Colorado Parks and Wildlife is reminding people who journey into the state's great outdoors to remember to be proactive in order to avoid conflict with bears.

The Centennial State is home to approximately 17,000 to 20,000 black bears, according to a press release from Colorado Parks and Wildlife (CPW). A majority of conflicts that arise between humans and bears are a result of easy access to food, trash or other attractants with strong odors that drive a bear to eat regardless of its fear of humans.

Bears that become overly comfortable in the presence of humans can destroy property or potentially be a threat to human safety.

“The majority of the time, bears are not after you, they are after food,” said Area Wildlife Manager Mark Lamb. “Understanding bear behaviors and being aware of what steps you can take to avoid bears from approaching you is an important part of recreating responsibly in bear country."

The easiest way to avoid contact with bears when camping in bear country is to not keep anything in your campsite that contains a smell that will attract them.

The best outdoor practices that CPW recommends to reduce encounters with bears are as follows:

If a bear attempts to enter a campsite, it is important to remember to try to haze it away with loud noises from yelling and banging on pots and pans to utilizing a vehicle horn or air horn to scare it away. Notifying park staff if a bear enters a campsite can help protect other campers. Always carry bear spray when camping for added precaution.

Tips for avoiding conflicts with bears when backpacking and hiking are as follows:

In the case that a bear is surprised on a trail, it is important to stay calm, stand still and speak to the bear in a firm tone of voice so that the bear identifies the humans and leaves. If a bear does not leave, slowly waving arms to make yourself look bigger is a good option.

Slowly back away until the bear is out of sight instead of running. Only utilize bear spray if the bear gets within 40 feet. When a bear attacks, fight back with anything available rather than playing dead.

Sharing Colorado's beautiful outdoor spaces with wildlife is what makes the state a great place to live. Remaining bear aware while on trails and camping can aid in keeping bears wild and help to reduce conflicts between humans and bears.

"Being smart about how you store your food, using bear boxes and bear-resistant canisters, and locking your property keeps you safe and can save a bear’s life," Lamb said.

For more information regarding how to be "bear aware", including resources, click here.