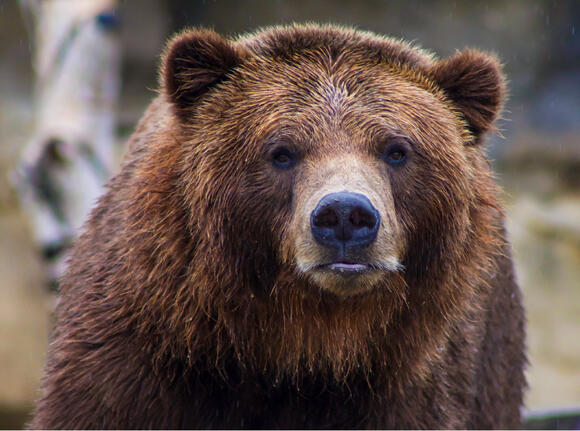 (STEAMBOAT SPRINGS, Colo.) A man suffered serious injuries from a bear attack on Sunday at 11 p.m. near his home in Steamboat Springs.

The man noticed that the door to his garage was open and went to close it when he came face to face with a sow and her two cubs. The sow attacked the man as he slowly backed away from her and the cubs, lacerating his head and legs to the point that they required surgery, according to a press release from Colorado Parks and Wildlife (CPW).

“This is an unfortunate reminder that we need to stay vigilant and ‘bear aware’ at all times,” said Kyle Bond, CPW district wildlife manager.

With bear sightings taking place more and more across the state, such as this one in Steamboat Springs and an additional sighting Sunday evening in the Colorado Springs area, CPW is reminding residents to be 'bear aware' through their volunteer program. The Bear Aware network consists of CPW volunteers that are located statewide, helping the community prevent issues regarding bears and themselves.

The man is currently in stable condition as his injuries are not considered grave. CPW wildlife officers and park rangers went to the area where the attack happened and searched for the bar and cubs, locating them near the home. The bear was euthanized with its remains sent to CPW's Wildlife Health Lab for an autopsy.

The wildlife officers are currently still searching the area for the two cubs and will trap and relocate them to a rehabilitation center once they have been found. This bear attack is the first to take place in the Steamboat Springs area this year.

“Easy access to food will always override a bear’s natural fear of people, so we humans have to stay on top of keeping all food sources secure," Bond said.

For more information regarding bearproofing a home, click here.