With attendance at Coors Field limited due to COVID, Rockies fans still show out 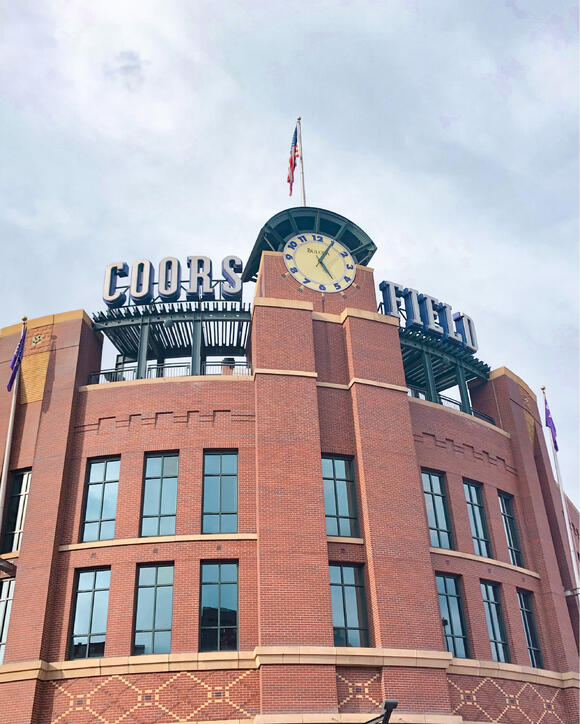 (DENVER, Colo.) Coors Field has experienced a drop in attendance over the last few years, mainly due to COVID-19 restrictions regarding capacity, however, fans are still showing out.

CPR reports that Coors Fields' 21,363 capacity limit was the second-largest allowed attendance in Major League Baseball, allowing up to 42.6% capacity at any given game. The attendance variance was approved by the Colorado Department of Public Health and Environment.

Fans continue to show out despite being in a pandemic and having to endure sitting outside in temperatures below freezing, and while fan culture is still intact and strong, many are dissatisfied with upper management and ownership.

The fact that the Rockies are not as high-performing as they were two years ago definitely plays a part in impacting the attendance rates, with many fans feeling negative about their team. With the majority of The Rockies fanbase steaming with anger over the trade of third baseman Nolan Arenado to the St. Louis Cardinals, they are now directing their anger at the owner, Charlie Monfort, and general manager Jeff Bridich, demanding their resignations.

Since 1992, Monfort has been a Rockies managing general partner. Bridich began his role as general manager in 2014.

"My impression of Rockies baseball is they don't care about winning, they are only concerned about butts in seats," wrote Reid Baker, a Colorado Springs resident and member of SELL the Rockies!, a Facebook group that believes Rockies fans have been treated poorly as a result of the current ownership. "Coors Field is the experience, it's a big party with baseball on in the background. Bridich is a cancer of a GM. I've said the Rockies are a developmental team for the rest of the league. When they get good, i.e. too expensive, we trade them for more prospects we can develop and the cycle continues. Not a winning formula."

"The Monforts need to sell the team to someone that cares! This group is for anyone that feels the same way," the group's Facebook page reads. Another Facebook page titled Fire Jeff Bridich refers to itself as a social movement that intends to launch a "statewide campaign to #FireJeffBridich for complete lack of competence."

Kyle Hesseltine, general manager of Sports Column, a sports bar located right next to Coors Field, believes that cold weather, concerns and weariness regarding COVID-19 and a discouraged fan base could all be contributing to the drop in attendance. He has worked at Sports Column for 25 years, listening to what fans have had to say about their Rockies.

"It's always kind of disheartening when they trade away their best players and don't get much in return, at least that's what I hear from regulars that come in," he said. "It's more just a matter that they want to have a winning team and it can't be one that wins every seven years."

The drop in attendance has yet to put a strain on local businesses, as business has been lower than previous years with COVID-19 restrictions, despite the majority of Denver restaurants recently being allowed to operate at 100% capacity after Denver's move to Level Blue on COVID-19 Dial restrictions.

The Denver Post reports that Colorado as a whole experienced a greater economic fallout from the COVID-19 pandemic than other states, with a total of 269,200 people unemployed by the end of 2020, ranking as the fourth-highest unemployment rate nationwide. Out of that, 24,300 jobs were lost at restaurants and bars statewide, according to Ryan Gedney, senior state labor economist.

Other local businesses such as Jackson's LoDo, another sports bar closely situated to Coors Field, have seen people showing up in droves, nearly filling up their building every day, regardless of if a home game is being held or not.

“Cold weather affects it, today we're in the 30s and it is looking like it is going to snow, but our building is almost full," said Ben Elek, general manager at Jackson's LoDo, on Wednesday. "Rockies fans are Rockies fans, they might be disappointed in some of the choices they make as a franchise, but even if they're losing, it's a great time."