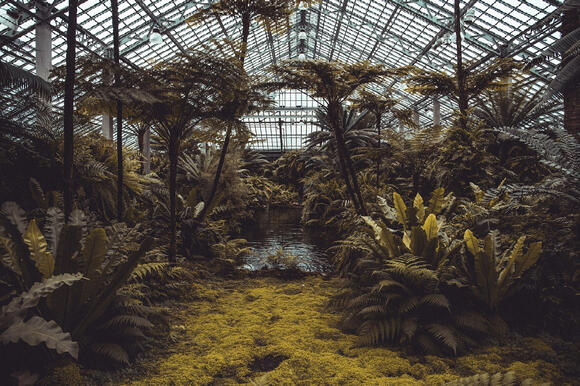 With scientists from 35 countries of the six continent, the garden is one of the largest three conservation projects other than the New York Botanical Garden and Royal Botanical Garden, Kew (Outside London). It only had three (3) PhD in 1971, now it hosts nearly 50. It also has the assistance of nearly 45 technical support, 2000 graduate students, in effort to conduct research of the plants in the world.

There are 400.000 number of plant species estimated in this world. Plants produce flood, clothing, shelter and other human essentials. However, the world is faced with cases such as hunger. Cooperating with local institutions and international organization, the garden conducts research on the world’s rich biodiversity as well as spreading awareness on the importance of plants. The garden staffs also utilize internet to inform the society of its collection, that now have over 2,3 million pages of documented plants.

In countries where the botanists work, they cooperate with indigenous people and local scientists to strengthen regional botanical research and train new botanists. Their scientist work in North America, Mesoamerica, South America, Africa and Asia & The Pacific.

The Garden announced a new Vice President of Facility and Construction in February 2021. It also hosted Butterfly Gardens, as well as other horticultural programs.

The garden has a display with a different theme each month, such as Japanese garden in July 2020. The garden also hosts several research center such as Center for Biodiversity Informatics, Center for Conservation and Sustainable Development, Center for Plant Conservation, etc.