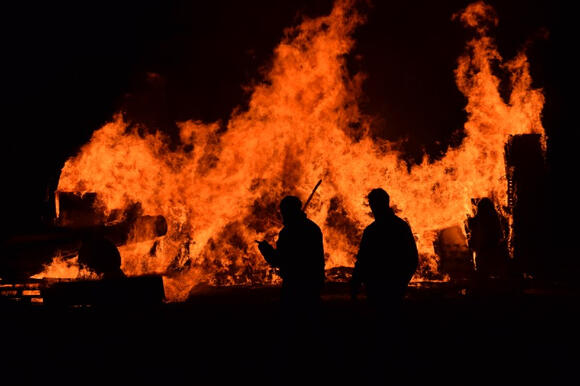 Photo by Issy Bailey on Unsplash

In recent weeks, various U.S. states have been ravaged by wildfires which, thanks to climate change, have now become a fixture of California summers.

The largest current active wildfire in California is the Dixie Fire, which has now scorched over 240,000 acres of land in the past two weeks. Its size grew immensely when it merged with the Fly Fire raging through the Plumas and Lassen forests.

The colossal fire has forced over 16,500 people in the region to evacuate from their homes.

This is the same area which was devastated by the Camp Fire in 2018, which was the deadliest wildfire in California's history, claiming 85 lives. The 2018 fire demolished 11,000 homes, thoroughly razing the town of Paradise, California and displacing almost 50,000 people. Almost 19,000 structures were charred.

Area residents hope that this year's fire will be less devastating than the 2018 fire from which they've scarcely recovered.

It remains uncertain what initially ignited this year's Dixie Fire, but the Pacific Gas and Electric Company has speculated that the fire may have been sparked by its equipment, which was also responsible for triggering the fire back in 2018. The issue is undergoing continued investigation.

According to the New York Times,

The incident report, which the company filed on July 18, described how an employee observed blown fuses in terrain off Highway 70 and “a fire on the ground near the base of the tree,” which he reported to his supervisor, who then called 911. In the July 28 court filing, the company said it was “continuing to investigate the role of its equipment” in the Dixie Fire, which on Friday was about 23 percent contained.

Mandatory evacuations have been issued across various counties, including Plumas, Tehama, and Butte. Although at least several homes have been reported destroyed, overall damage remains difficult to assess at this point.

As the Los Angeles Times reported,

At least 42 major structures were destroyed in the fire’s wake, according to Cal Fire. More than 20 minor structures have also gone up in flames. Those numbers will likely grow because damage assessment teams have not been able to go into many areas where the fire threat is still too high to send crews, said Capt. Mitch Matlow, a spokesperson with the multiagency team managing the fire.