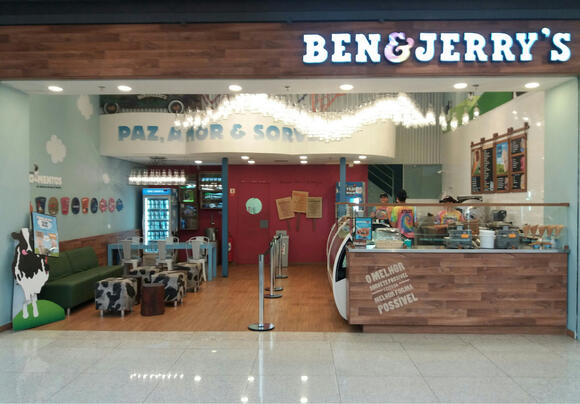 Protestors at Delray Beach interpreted the company's new policy as an affront against the Jewish community, even though it targeted Israel's violations of human rights as opposed to individual Jews.

The company publicized their new policy on July 19th. Here is the official statement they issued to their website:

We believe it is inconsistent with our values for Ben & Jerry’s ice cream to be sold in the Occupied Palestinian Territory (OPT). We also hear and recognize the concerns shared with us by our fans and trusted partners. We have a longstanding partnership with our licensee, who manufactures Ben & Jerry’s ice cream in Israel and distributes it in the region. We have been working to change this, and so we have informed our licensee that we will not renew the license agreement when it expires at the end of next year. Although Ben & Jerry’s will no longer be sold in the OPT, we will stay in Israel through a different arrangement. We will share an update on this as soon as we’re ready.

Among the protest's organizers was Rabbi Efrem Goldberg, who is the senior rabbi of the Boca Raton Synagogue. When asked by local news outlets about the rationale behind the protest, he explained that it was directed towards the corporation as a whole rather than the local store.

This is what he said when interviewed by WPTV:

The Atlantic Avenue Ben & Jerry's location in Delray Beach where the protest was held is run by a Jewish man named Richard Stern, who has also expressed antagonism toward the corporate board's recent decision.

The corporate team at Ben & Jerry's has been actively engaged in responding to protests such as this. In fact, Jabari Paul, the company's corporate activist manager, attended the protest in Delray Beach. He clarified, however, that his attendance was not intended to signal support for the rally but to allow him to "come down and hear from them firsthand."

Nevertheless, he defended the new corporate policy as the most ethical decision the company could have made.

Ben & Jerry's has received widespread backlash for its support of the human rights of Palestinians. It has been accused of anti-semitism and of promoting violence against Israel. The two co-founders of the company, Jerry Greenfield and Ben Cohen, are both Jewish, with strong Jewish ancestry. They've both emphasized that they are pro-Israel but anti-Israeli occupation.

Here's what they said in their recent New York Times op-ed in which they defended the company's decision:

We are the founders of Ben & Jerry’s. We are also proud Jews. It’s part of who we are and how we’ve identified ourselves for our whole lives. As our company began to expand internationally, Israel was one of our first overseas markets. We were then, and remain today, supporters of the State of Israel. But it’s possible to support Israel and oppose some of its policies, just as we’ve opposed policies of the U.S. government. As such, we unequivocally support the decision of the company to end business in the occupied territories, which a majority of the international community, including the United Nations, has deemed an illegal occupation.