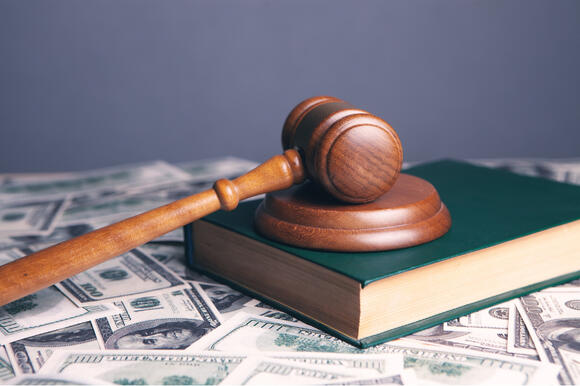 Photo by Sasun Bughdaryan on Unsplash

Georgia's anti-BDS law, which has been on the books since April 26, 2016, has recently been imperiled by a lawsuit filed against it.

The law was initially signed by Nathan Deal, who was governor at the time, and it stipulated that "any person or company contracting with the state for services valued at $1,000 or more must agree not to boycott Israel."

It was intended to target the Boycott, Divestment, Sanctions (BDS) movement, which is a pro-Palestinian movement that seeks to protect the human rights of Palestinians and to persuade Israel to change its oppressive policies through economic pressures.

On May 21st of this year, U.S. District Court Judge Mark Cohen determined the Georgia law to be unconstitutional. This ruling was in response to a lawsuit which asserted that the anti-BDS law constituted a violiation of first amendment rights.

The issue came to a head in September of 2019, when independent journalist Abby Martin accepted an invitation to be a keynote speaker at Georgia Southern University’s February 2020 International Critical Media Literacy Conference. As an incentive, Martin was offered compensation in the form of a $1,000 honorarium and coverage of her travel expenses.

The paperwork that she was mandated to sign before attending the conference required her to agree with the following statement: "You certify that you are not currently engaged in, and agree for the duration of this agreement not to engage in, a boycott of Israel."

Martin, an activist with a public history of vehemently criticizing Israel, responded with an honest email that said this: "I’m sure you know, a lot of my work advocates the boycott of Israel, and my new film features that call to action. I cannot sign any form promising not to boycott Israel.

Shortly thereafter, her invitiation to speak at the conference was rescinded. Martin, rightfully indignant about this turn of events, filed a lawsuit on the grounds that this decision on the part of the university violated her First Amendment rights. Martin was reportedly elated when she learned of the ruling.

In a public statement, she expressed the following:

My first amendment rights were restricted on behalf of a foreign government, which flies in the face of the principles of freedom and democracy. The government of Israel has pushed state legislatures to enact these laws only because they know that sympathy and support for the population they brutalize, occupy, ethnically cleanse and subject to apartheid, is finally growing in popular consciousness — they want to hold back the tide of justice by preemptively restricting the right of American citizens to peacefully take a stand against their crimes.