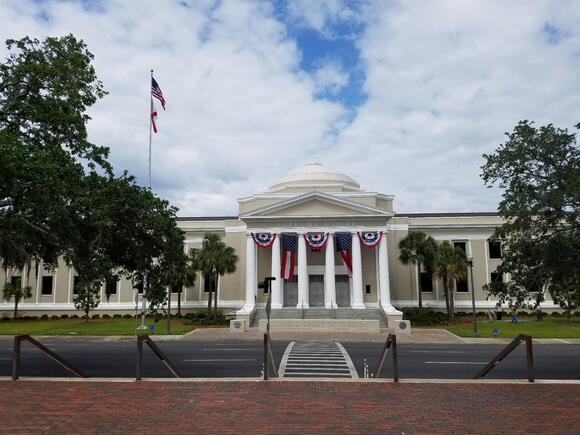 The court hearings come at the heels of an emerging national conversation on gun control in the wake of the mass shooting at Robb Elementary School in Uvalde, Texas that left 19 students and two teachers dead.

The high-profile case began in 2018 when various municipalities, counties including Miami-Dade, and elected officials came together to challenge a 2011 state law, under which “the court is required to assess a personal fine of up to $5,000 against the elected official. § 790.33(3)(c), Fla. Stat” if there is a “knowing and willful” violation.

Furthermore, anyone affected by local ordinances restricting guns could sue the local government for up to $100,000. The lawsuit is being championed by Nikki Fried, Florida Commissioner of Agriculture and Democratic candidate for governor. Local officials argue that they are protected from being fined by the principle of “legislative immunity,” which protects state and national lawmakers from being fined for doing their duty to create legislation, even if it is later found to be unconstitutional or found to be “preempted,” or in violation of higher law.

However, the Florida Attorney General Ashley Moody, a Republican described by Politico as “one of Donald Trump’s biggest surrogates” in Florida, responded by doing away with legislative immunity for local lawmakers.

Proponents of the 2011 statute, such as the National Rifle Association (NRA), argue that without penalties there is nothing stopping local lawmakers from creating unconstitutional laws. However, opponents of the 2011 law such as the Giffords Law Center to Prevent Gun Violence argue that the same legal principles that are the foundations of American democracy should apply to local officials. These penalties for local officials creating gun laws are only in place in three states: Florida, Arizona, and Mississippi.