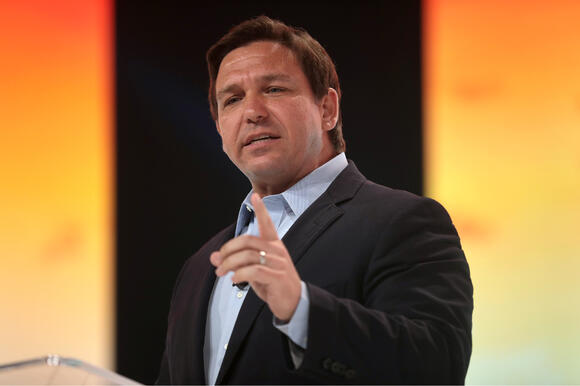 Florida Governor Ron DeSantis recently made a public vow to Floridians: By the end of his current term as governor, he will make the Sunshine State a "constitutional carry state."

This means that Floridians will be able to openly carry firearms in public without needing a concealed weapons license or permit. Floridians are currently expected to provide proof of having completed a firearm safety training course.

Currently, such permits must be approved by Florida's Department of Agriculture and Consumer Services, which is headed by Democrat Nikki Fried. Fried had the following to say about DeSantis's recent posturing regarding this issue:

"This is absurd political pandering from the governor of a state that has experienced some of the worst mass shootings in our country's history and in a nation where we have the highest rates of gun violence in the world."

DeSantis has lamented that Fried is excessively persnickety in granting the licenses.

As DeSantis expressed in a recent statement,

"You have a situation where the official in charge of these permits doesn’t support Second Amendment rights, so why would you want to subcontract out your constitutional rights to a public official that rejects the very existence of those rights?"

If DeSantis is successful in altering the current protocols related to openly carrying guns, Florida would become the 26th state to do so.

Although the current law nominally prohibits openly carrying firearms without a permit to do so, there is a significant loophole that some Floridians have learned to exploit -- namely, it is legal to openly carry a firearm without a permit if the gun holder can provide evidence that they have been or plan to go fishing, hunting, or camping.

This rule has enabled many gun-toting Floridians to flout the rule without criminal consequences. However, DeSantis aims to make the legality of this practice more official.