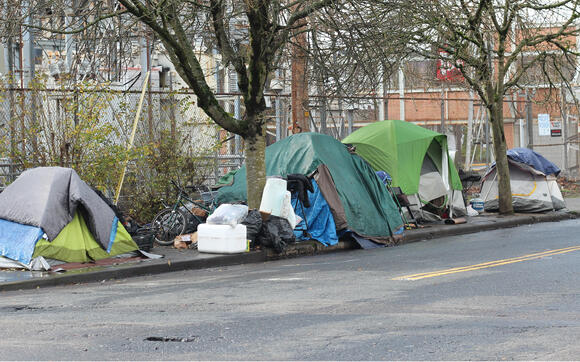 Many unhoused Bostonians have had to resort to setting up tents outside. In previous years, the city government would handle this in unconscionably cruel ways -- by bulldozing the makeshift humble dwellings of the homeless, leaving them with no recourse but to simply relocate and wait for the merciless cycle to repeat itself.

In an unprecedented move, Boston's new mayor Michelle Wu is taking action to resolve the inhumane situation rather than simply perpetuating it. Wu has implemented measures that relocate homeless individuals to hotels rather than ruthlessly removing their tents and leaving them to fend for themselves.

For instance, in January, a slew of homeless folks were relocated to the Best Western Plus Boston Hotel at the intersection between Massachusetts Avenue and Melnea Cass Boulevard. They were assigned to rooms in pairs, with each person getting their own queen bed and sharing a bathroom. These accommodations are a stark improvement relative to the squalid conditions the homeless are accustomed to.

They will be provided with services to help them transition into permanent housing, find employment, and alleviate any mental health or addiction issues.

According to Bloomberg CityLab,

Case managers, recovery coaches and housing specialists will regularly consult with the temporary residents of the hotel, as well as at other sites. This transitional set-up is known as low-threshold housing, meaning that residents don’t have to prove their sobriety or maintain strict abstinence to have a roof over their heads.

This strategy has proven to be substantially more cost-effective and humane than the "homelessness solutions" employed in many American cities, which involve imposing more punitive policing and conducting "sweeps" that displace the homeless without providing alternative shelter.

Housing the homeless in unoccupied homes (which are abundant) is far less costly than ramping up policing and ultimately funneling more money into addiction and mental illness services as a result. Boston is preempting these costs by redressing the cycle of homelessness in a more proactive manner.

Perhaps other cities around the country will take notice and adopt similar measures.