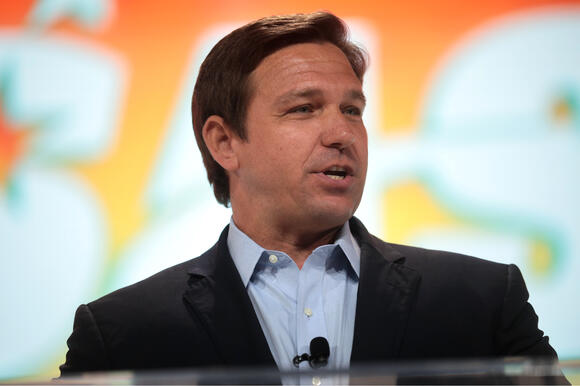 Policy wonks and DeSantis enthusiasts around the country have been fastidiously following Florida's upcoming gubernatorial election.

Florida Governor Ron DeSantis has been serving since his razor-thin victory against Democratic contender Andrew Gillum in 2018. In August, his incumbency will be contested in the Republican gubernatorial primary by candidate John Joseph Mercadante.

Mercadante lacks any political experience, but gained campaigning experience during his ill-fated 2018 run for Florida governor.

Given Mercadante's predictably moribund 2022 campaign, DeSantis is directing his energy toward the opponents he'll face in the general election. The most prominent Democrats running in the gubernatorial primary are Charlie Crist and Nikki Fried. A recent poll revealed that DeSantis's popularity drastically eclipses both Crist and Fried.

He surpassed Crist by a whopping 21%, garnering 55% of the vote, while Crist received 34%. Eleven percent of respondents remained undecided or declined to answer.

The poll showed DeSantis defeating Fried by an even wider margin, with DeSantis accruing 55% and Fried earning only 32%.

Crist is one of Florida's current members of the House of Representatives. He also served as Florida's governor between 2007 and 2011.

Many constituents within Florida's voter base may feel ambivalent about Crist because of his variegated history of political affiliation. From his political debut in 1992 up until 2010, Crist's official party alignment was Republican. He became an Independent in 2010 and a Democrat in 2012. Therefore, he is angling to appeal to a vastly different voter base: Florida Democrats rather than Republicans.

In contrast, Nikki Fried has been a staunch Democrat throughout her life. She has served as Florida's Commissioner of Agriculture since 2019.

Even if Crist and Fried manage to elicit strong enthusiasm among Democrats, their efforts will most likely not enable them to topple DeSantis's current claim to the top of the hierarchy. A Florida Politics poll found that DeSantis's current approval rating stands at 54%. In the same poll, 38% expressed disapproval, whereas 8% answered that they were uncertain.

All in all, if DeSantis maintains his current preeminence, he appears poised to extend his term as governor.