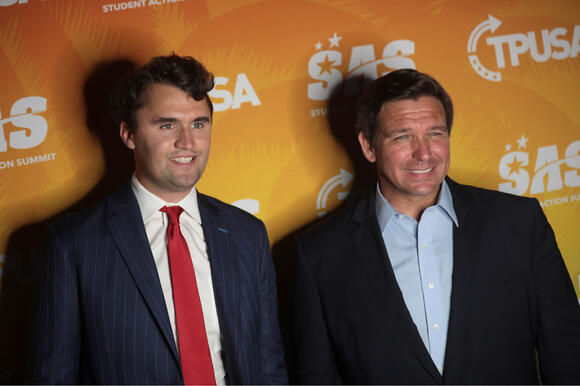 On March 10, the Florida Senate passed House Bill 7, which conservatives have proudly dubbed the "Stop WOKE Act." Now that the bill has received a stamp of approval from both houses of the Florida legislature, it will be sent to the desk of Governor Ron DeSantis. Since he has signaled support for this measure, it's all but a foregone conclusion that it will be passed.

What will the bill do?

The bill, alternatively called the "Stop Wrongs Against Our Kids and Employees Act," will effectively make discussions of social justice verboten in schools and workplace settings. According to DeSantis, the bill is particularly intended to target "critical race theory-inspired training and indoctrination."

In the language of the bill itself, it prohibits teachers and employers from imparting the notion that "an individual's moral character or status as either privileged or oppressed is necessarily determined by his or her race, color, sex, or national origin." It claims that critical race theory (CRT) inherently promotes this notion and that CRT must therefore be prohibited.

The bill's text, while not mentioning critical race theory by name, specifically targets employers who include training on critical race theory or racism. The bill also limits how teachers and other educators teach public school students about race, privilege, oppression and the founding of America.

If employers violate the dictates of the new bill by engaging in discussions of oppressive dynamics between "privileged and marginalized groups," they will be subject to discrimination claims. The bill will be applicable to all classrooms and businesses with at least 15 employees.

Another interesting facet of the bill is that it explicitly prohibits teachers and employers from identifying the weaponization of concepts such as meritocracy, "colorblindness," and hard work to promote racist and sexist values. The bill forbids the inculcation of the following concept, among many others:

Polarized reactions to the bill

Among Republicans who view Governor Ron DeSantis as a bulwark against society's descent into decadent "wokeness," the bill has been hailed as yet another victory. For instance, Fox News was strident in celebrating the bill's effort to "return the power of education back to Florida parents."

In contrast, social justice and human rights activists have, not surprisingly, been unwavering in their opposition against the bill.

As Cathryn M. Oakley from the Human Rights Campaign contends,

This bill is a thinly veiled political attempt to attack marginalized communities. It doesn’t address the critical needs of Floridians, but instead, fuels the discriminatory agenda of extremist legislators. Let’s be clear—the negative consequences of the ‘Stop Woke Act’ will ripple across Florida. It will hurt the LGBTQ+ community, people of color and women. Every historically marginalized population will be impacted by this legislation.

Activists have warned that even some of the ambiguous and seemingly innocuous language in the bill will be wielded to shut down any discussions of race, gender, or LGBTQ issues. The aims of the bill appear to directly contradict free speech principles and violate First Amendment rights.

Some of the same Republicans who profess support for free speech and "liberty" are vehemently supporting this legislation. This has laid bare their true intentions: preserving the status quo and censoring dissent and critique, even if it comes at the cost of freedom.