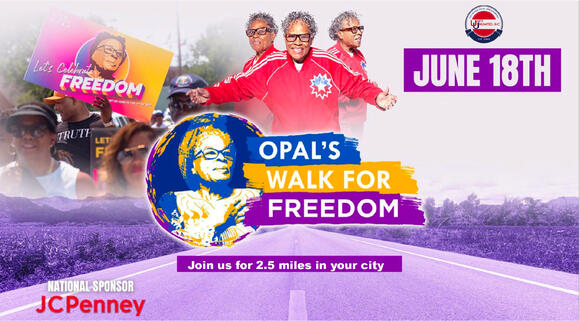 This year is a special one for many people of all colors and ethnicities, as it marks the first anniversary of the Juneteenth Law. Many other minority groups join in this celebration as well.

Ms. Opal Lee headed the movement to have Juneteenth become a federally recognized holiday. Lee, age 96, is a retired schoolteacher from Fort Worth ISD, as well as a retired home school counselor and the author of "Juneteenth: A Children's Story." After her retirement in 1976, she became a prominent education and civil rights activist. Many describe her as “The Grandmother of Juneteenth.”

In recognition of the anniversary of this law, Lee and her supporters are holding a “Walk for Freedom,” to which people from all over the nation are invited to participate from the comfort of their own hometowns.

“As we celebrate the first anniversary of the federal Juneteenth holiday, we will have the first ‘Opal’s Walk for Freedom’ because we are no longer seeking legislation, but education and understanding about the freedom that Juneteenth represents,” a Lee representative said.

“Ms.Opal will walk her 2.5 miles in her hometown of Fort Worth, Texas at 10:00 am CST on Saturday, June 18, 2022, and she is inviting the country to join her in a show of unity and support for truth in history, racial healing, and understanding.”

This is not the first time Ms. Lee has walked for the cause. The tradition began in 2016, when she started walking 2.5 miles in any place she was asked to. The mileage symbolizes the 2.5 years it took for news of the Emancipation Proclamation to reach Texas.

To register to walk virtually with Ms. Lee from any location or to join any live events, visit OpalsWalk.com/.