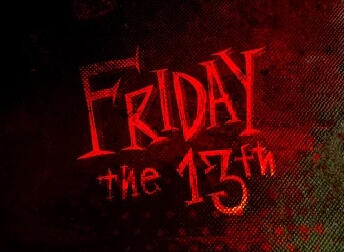 The fear of the number 13 can be traced back to 1750 BC when the Babylonian King Hammurabi wrote the Code of Hammurabi and allegedly omitted the 13th law from the legal rules that formed the Code. Although it was most likely a typo, this is thought to be the origin of the fear and negativity associated with the number 13.

The Christian Bible outlines that 13 guests attended The Last Supper, which was held on a Thursday, and the attendees included Jesus and his 12 apostles. The next day, Jesus was crucified. The order in which the apostles were seated at that Last Supper is allegedly the source of the belief that having 13 people at a table would lead to something negative – mainly death.

Adding to this fear, the number 13 has inspired secret societies (i.e., The Thirteen Club), books (i.e. Friday The Thirteenth), horror film franchises (i.e. Friday the Thirteenth, Parts 1 – 12 with various other ‘specials’), and has even been classified in psychological terms as triskaidekaphobia (the fear of the number 13) and friggatriskaidekaphobia, which basically means “Fear of Friday the 13th.” If you’ve stayed in a hotel in the last few years, you’ve probably noticed that the elevator buttons skip from floor 12 to floor 14. Some hotels actually have cemented the 13th floor, but most use it for storage and hospitality purposes. That’s how deeply ingrained the 13 superstitions have become in Western culture.

Friday the 13th hasn’t been linked to a massive list of unlucky events; however, there are a few, including:

So, if you feel uneasy today, it may be friggatriskaidekaphobia. Or maybe you need to visit the restroom. Whatever your outlook is on Friday the 13th, just don’t rent a cabin on a lake.

The Night Watchman is often seen still doing his jobStacey Doud. Dave Besgrove, the owner of Grape Vine Springs Winery in Grapevine and Cowtown Winery in Fort Worth, didn’t grow up with dreams of becoming a vintner or a ghost hunter. His story is not unlike many others: He graduated college and went right into the corporate world. But then, forces beyond his control altered his life path forever…and ever…and ever.

Demonstrators supporting Ukraine in Grapevine on March 20Deb Hinton. The First Presbyterian Church in Grapevine sponsored a peaceful demonstration in support of Ukraine on Sunday, March 20 at Peace Plaza, located under the clock tower of the new Grapevine Main.

March is full of lesser-known and even strange "holidays." Check out my previous articles to see what you may have missed!. Make Your Own Holiday Day is the perfect day to celebrate whatever you’d like! The only guidelines are to make sure that your chosen topic for celebration is not already an official or unofficial holiday, and, of course, be courteous to your fellow humans.

March is full of lesser-known and even strange "holidays." Check out my previous articles to see what you may have missed!. National Goof Off Day was allegedly created by Monica "Moeller" Dufour from Michigan and her grandfather. Dufour's granddad was a radio DJ, and when Dufour was around the age of 10, she called into his radio show anonymously, suggesting "Goof-Off Day," most likely because she had been goofing off. A local newspaper heard the suggestion and Granddad's thought that it was a great idea, even though he had no idea who called it in. Dufour confessed the next day, but since an article was already in the paper, National Goof Off Day was born.

March is full of special days in addition to St. Patrick’s Day. Not only is the first week of March "holiday" heavy, but March 6 – 10 also offers up a bounty of things to throw a party for!

March is right around the corner, and while many people look forward to drinking green beer on St. Patrick’s Day, there’s more to March than flat beer. Here’s what to look forward to from March 1 – 5: