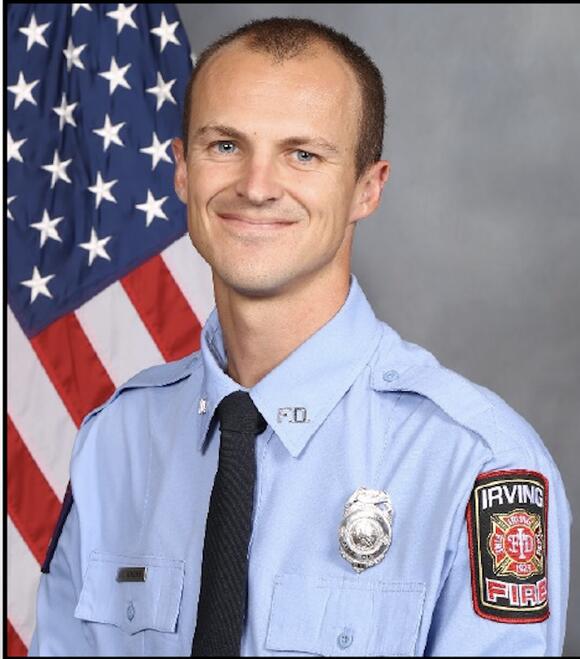 UPDATE: December 7, 2020 – The Irving Firefighter injured on December 6 is Aaron Donohue. Aaron’s medical condition remains serious and he is still in the hospital. He is progressing slowly but steadily. His injuries are not considered life-threatening at this time. Please continue to keep Aaron, his family and the Irving Fire Department in your prayers.

Irving, Texas – December 6, 2020 – The Irving Police Department was working a major accident at approximately 3:45 a.m. today involving five vehicles WB 3100 block W. S.H. 183. The freeway had been shut down due to this accident. A 2016 Dodge Challenger was traveling the wrong way, EB in the WB lanes of SH 183, drove into the accident scene striking an Irving Firefighter. The Irving Firefighter, 30-years of age, was transported to Parkland Memorial Hospital and is currently undergoing treatment for severe injuries, his name is not being released at this time but he has been with the fire department for 4.5 years. The driver of the vehicle, Yajaira Estrada Calderon, is a 23-year old female out of Arlington and has been arrested for Intoxication Assault.