Hailing from the Great State of Texas, South Side Matt monitors government for compliance with the Constitutional values that founded the United States, and works to maintain liberty for all in that spirit. His articles focus on furthering this cause, but also occasionally go "off track" into lighter topics such as cooking, general life and others. 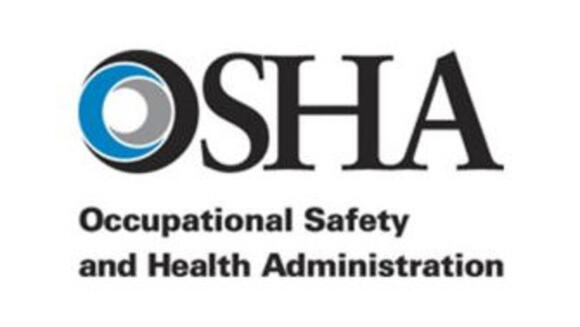 On November 4, the Occupational Safety and Health Administration (OSHA), a division of the U.S. Department of Labor (DOL) finalized a proposed rule requiring vaccinations or testing for COVID-19 of employees in companies with 100 or more workers. Officially titled “COVID-19 Vaccination and Testing Emergency Temporary Standard (ETS),” the proposal was submitted to the Federal Register, where it was published and became effective the next day, November 5 under Docket Number OSHA-2021-0007.

Publishing the rule entered it into the Code of Federal Regulations (CFR) as 86 FR 61402. Without intervention or change, this provides the rule with similar enforcement policies as a Federal Law.

As rules such as this bypass the legislative process of Congress, they are subject to a “Public Comment” period required under the Administrative Procedure Act (APA, 5 USC § 552) of 1946. The Public Comment period for this rule runs through December 6 and comments can be submitted via the website regulations.gov.

Almost immediately as the proposed rule was published in the Federal Register, an emergency motion was submitted to the Fifth Circuit Court of Appeals by 43 plaintiffs, including the states of Texas, Louisiana, South Carolina, Mississippi, and Utah, requesting a stay of enforcement of the rule “pending expedited judicial review.” Citing the likelihood of “grave statutory and constitutional issues with the Mandate,” the injunction was issued while also affording OSHA, DOL, and the Secretary of Labor Martin J. Walsh and Assistant Secretary of Labor Douglas Parker until 5:00 pm (Central Time) on Monday, November 8 to respond to the initial petition. If needed, a further reply from the petitioners would be due by 5:00 pm the following day.

U.S. President Joe Biden’s Administration gave the indication on November 8 that they were not going to “stand down” as a result of the injunction. During a press briefing at the White House, Deputy Press Secretary Karine Jean-Pierre told reporters, “People should not wait. They should continue to move forward and make sure they’re getting their workplace vaccinated.”

Despite the Court’s seeming agreement of possible “statutory and constitutional issues” with the ETS, the U.S. Department of Justice (DOJ) responded to the initial stay calling the plaintiffs’ claim of harm “premature.” Claiming that the deadline of having workers vaccinated does not arrive until January, DOJ’s response indicates that delaying work on the ETS will “likely cost dozens or even hundreds of lives per day” from COVID-19. Further, the response counters the claim of issues by stating that “OSHA acted within its authority as established by Congress.”

With DOJ seeming to claim that the ETS provides for the “general welfare” as is the Government’s duty under the U.S. Constitution, Judge Kurt D. Engelhardt of the Fifth Circuit Court of Appeals provided that the Court found otherwise. “From economic uncertainty to workplace strife, the mere specter of the Mandate has contributed to untold economic upheaval in recent months.”

Judge Engelhardt seems to be referencing the so-called “lockdowns” that have occurred over the past year-to-eighteen months in various areas, preventing people from being able to work and businesses to operate. This led to an increase in the unemployment rate and the number of people who could not economically survive without assistance.

The judge did not stop there, though.

In writing the opinion that keeping the stay in place, Judge Engelhardt sustains that the decision by the Court is not based solely on economics. “The public interest is further served by maintaining our constitutional structure and maintaining the liberty of individuals to make intensely personal decisions according to their own convictions—even, or perhaps particularly, when those decisions frustrate government officials.” In other words, Judge Engelhardt was saying that the principle behind the First Amendment of the Constitution is also applicable here: the First Amendment, according to documents such as the Federalist Papers, is to protect those who would speak out against Government. This statement by Judge Engelhardt seems to state that those who choose to not be vaccinated should be protected against governmental action even though it is, essentially, speaking out against the desires of the Government.

Even though the Fifth Circuit Court of Appeals has published strong opinions in favor of continuing the stay, DOJ remains committed to pushing forward with the legal challenge of the stay. “Today’s decision is just the beginning of the process for review of this important standard. The department will continue to vigorously defend the standard and looks forward to obtaining a definitive resolution following consideration of all the pending cases for further review.”

It is suspected by many that this case, or a similar case regarding the ETS, will reach the U.S. Supreme Court for a final decision.

In the meantime, OSHA seems to have succumbed to the pressure of the suits and of public backlash against mandating vaccines. Even before the opinion by the Fifth Circuit Court of Appeals, which was made public on November 16, OSHA posted on its website on November 15 that it was suspending action on the ETS.

Hailing from the Great State of Texas, South Side Matt monitors government for compliance with the Constitutional values that founded the United States, and works to maintain liberty for all in that spirit. His articles focus on furthering this cause, but also occasionally go "off track" into lighter topics such as cooking, general life and others.

Since introduced in the 1990s, opioid pain relievers have been increasingly produced and distributed by pharmaceutical manufacturers. The medications were determined to be highly effective for their stated purpose, but also, in spite of manufacturer claims, highly addictive.

Opioid abuse has become a crisis in the United States, leading to lawsuits by state and federal officials against pharmacies and pharmaceutical companies. Just in the past week, states and municipalities have reached settlement agreements worth upwards of $26 billion.

The position of Attorney General is vital to ensuring that the state’s laws are enforced properly. The office’s website describes the position as being “the State of Texas’s chief legal officer.” The website and statutes make it clear that the AG represents the state as a whole and that individuals are not represented by the office.

Spicy southwest chicken chowder warms the body and the soul

In spite of the warm front that has placed itself over the country, Winter is sure to make its arrival and bring frigid temperatures with it. When that happens, it will be time to spark up the fireplace and to place soups, stews, and chilis on the stove. Included in that is chowder.

Once known as a rugged, frontier town in the Wild West where only the toughest would tread, Yuma, Arizona, has become one of the nation’s most sought places to live. Settled along the Colorado River, the city provides spectacular views, wonderfully sunny weather year-round, and a populace known for being friendly and welcoming.

On Thursday, the Mexican state of Chiapas was the site of a horrific truck crash that caused at least 53 migrants from Central and South America their lives. Witness accounts of the incident indicate that the driver of the truck, which was carrying over 160 undocumented migrants in the cargo carrier it was hauling, was speeding and lost control, causing the truck and trailer to overturn. The crash left bodies strewn across the highway, many writhing in pain with broken bones and serious internal injuries.

With a week to go to the start of college football’s Bowl Season, parties are being planned and menus created. Friends will group together to watch their favorite, or not-so-favorite, teams play in the highlight of the teams’ respective seasons. Crowding the tables will be loads of snacks and finger foods.

An attempt by the Texas Legislature and Governor Greg Abbott to bring social media censorship out from the shadows received a blow on Thursday when U.S. District Judge Robert Pitman ordered a preliminary injunction preventing a new law from taking effect.

Winter is the time for chili

Winter is upon us, and it is a time for fireplaces and hearty, warm dishes to comfort the body and soul. Among those dishes is a Texas favorite: chili. Almost every person has their own recipe for chili, based on their own particular tastes. The basic ingredients, though, are meat, tomatoes, garlic, onion, peppers, and spices. These are all cooked together and simmered to allow the flavors to, as Emeril Lagasse used to say on his television show, “Get happy happy!”

Samsung Electronics Co. began operations in the United States in 1978 and has over 20,000 employees nationwide. One of the company’s premier facilities is its Austin Semiconductor manufacturing plant in Austin, Texas.

The hustle and bustle of the holiday season generally mean that health concerns get put to the side during this time of year. Particularly in 2021, gathering with friends and family takes precedence over taking care of oneself.

In contrast to 2020 for many, the 2021 holiday season is bound to be filled with gatherings of friends and family. These gatherings will be held despite the continued threat of COVID-19 transmission.

Wilborn, Sr., and Carter, Sr., to be honored

Named after the town of Como, Italy, the westside neighborhood of Como in Fort Worth has a long and storied history. Historically African-American, the neighborhood has, in many regards, been treated as its own city, even having its own newspaper, the Lake Como Weekly.

Are you looking for a way to keep the kids occupied while you shop for Christmas gifts on Black Friday? An all-day affair is scheduled for the Fort Worth Stockyards that will provide enjoyment for the whole family.

Russia and China leaving U.S. behind

It has been widely reported that, over the summer, China tested a hypersonic missile that circled Earth. It is now reported that the vehicle used is even more advanced than previously stated.

Shortly after the United States withdrew its military forces from Afghanistan, Chinese officials began to reach out to the Taliban, who had taken control of the majority of the country. It was reported at the time that a spokesman for the Taliban considered China the group’s “top ally” with the support that was being offered.

The National Highway Traffic Safety Administration (NHTSA) reports that 2018 saw 10,511 fatalities due to alcohol-related traffic incidents. The year recorded 36,560 total traffic fatalities, a 2.4 percent decrease from 2017. This means that alcohol was involved in just under 30 percent of the total traffic deaths that the country experienced.

On September 9, U.S. President Joe Biden announced that, in addition to rules for federal workers and contractors, his administration would be implementing a rule requiring private businesses with more than 100 employees to require their staff to be fully vaccinated for COVID-19. This rule was announced on Thursday, November 4, by the Occupational Safety and Health Administration (OSHA), a subdepartment of the U.S. Department of Labor.

U.S. Military falling behind China due to “brutal” bureaucracy

In an event that U.S. Gen. Mark Milley was reported as stating as being close to a Sputnik moment, the Chinese military in August launched a hypersonic missile that traveled in low Earth orbit (LEO) around the globe and then returned to Earth as directed. “I don’t know if it’s quite a Sputnik moment, but I think it’s very close to that.”