Dear Shockie, Relationships, family, life.... it can all be tuff. & Sometimes we live we a veil over our eyes that only people from the outside can adjust. Follow and even advise others as we all figure things out.

How should I react after going through his phone to my boyfriend emotionally cheating through text messages with his ex? 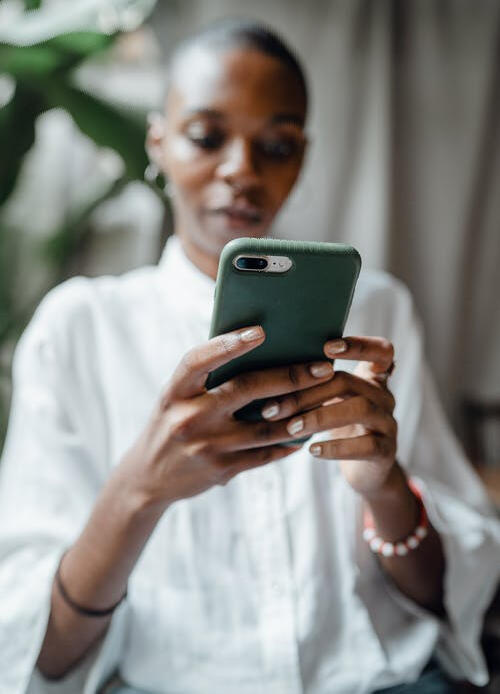 My boyfriend is emotionally cheating on me. I say this because he hasn't physically been involved with anyone else to my knowledge. I looked at his text messages and saw he had still been talking with an ex from several years ago. He is big on not having extra friends especially from past relationships, a concern he brought up in the initial process of our relationship and I seemingly agreed out of respect. In the messages, she seems interested in him and makes steady advances. Though he playfully rejects her, he never ends the conversation but rather on most occasions is the initiator. He argues that he can't talk to me about things and I wouldn't understand, but he never gives me a try. I talk to him about everything. Only him. I know that if the shoe was on the other foot he would be pissed, yet when I bring up my feelings he tells me it's just me being insecure. He also told me I shouldn't have looked through his phone. I think he’s wrong for doing this. What should I do? - Cyn

I think you and your boyfriend need to sit down. What prompted you to go through his phone? Has he been showing signs of infidelity or given you a reason to look? I am a strong believer that if in a commuted relationship, you have a valid license to look at each other’s phones, social media accounts, etc. without having to give an explanation. You buy a vehicle, don't you get the oil checked, tires, etc. You buy electronics that require system updates periodically. Almost everything gets updated and checked to guarantee it's working properly. So why shouldn't you be able to do the same for your relationship? You've invested time, money, and emotions in this as well. Whatever the reason, I am not saying he was not wrong because he most definitely was. To hold sentimental conversations with an ex or another woman is very disrespectful towards you and your relationship and you should express this openly and freely to him. I doubt he would feel at ease if your ex-boyfriend was still your leaning shoulder. Don't settle for double standards, lies by OMISSION, users, narcissists, gas lighters, egomaniacs, or manipulators. For guys, physical intimacy often doesn’t have the same weight it does for women, which means emotional intimacy may be quite significant for them. So, though both types of betrayal are the reason for your anxiety, your boyfriend’s emotional intimacy with another may be of greater anxiety, depending on the facts. Communication is key. Get to talking girl. -Shockie

Do you have a question or story you want to share? Comment/Share below or if you wish to remain anonymous, email Shockie soulscrewedseries.92@gmail.com!

Is there a topic you want to be highlighted or think should go virtual? Email Shockie soulscrewedseries.92@gmail.com!

Dear Shockie, Relationships, family, life.... it can all be tuff. & Sometimes we live we a veil over our eyes that only people from the outside can adjust. Follow and even advise others as we all figure things out.

How do I tell her I like her instead of her friend?

There is a group of women who come to the restaurant I bartend at every Tuesday, Wednesday, and Saturday for lunch. There is a woman in particular whom I have been crushing on for months now only she believes that I have it out for her friend. Her friend is very attractive, however, she isn't for me. I try to make casual conversation with her during their visits but somehow it always ends up on the other. How do I tell her I like her rather than her friend? -WhiteCastle.

How do I get rid of a friend that has no other friends?

My friend Brielle is very sweet. We met when she moved into my building last year. However, I seem to be her only friend. She rarely dates and when she does her relationships always fall in my hands. She constantly talks about them, asks me for advice, plans dates where I am involuntarily the third wheel. This gets kind of tiring when my friends separate from her invite me out and I feel obligated to bring her along or at least invite her with the hope that she declines. She rarely declines Shockie. My other friends aren't too fond of her and they have started backing away from me when she is around. She invites me over for movie nights and sleepovers and sometimes this can be fun, other times I feel a little weird. We are very much in our 20's. How do I get rid of a third wheel I never asked for? -NYashlyn.