CAD FASH Museum of Fashion presents The Light Behind the Lens, by Albert Watson 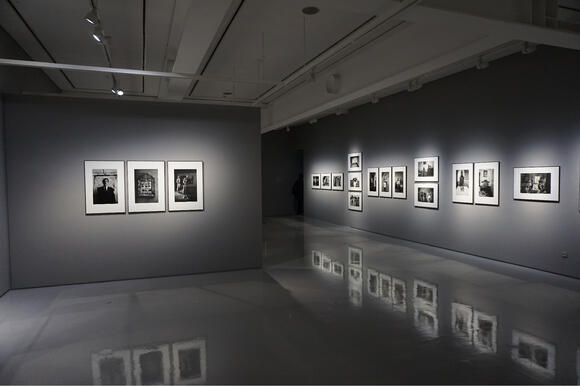 ATLANTA, GA — Albert Watson: The Light Behind the Lens is on display at SCAD FASH Museum of Fashion + Film through September 5, 2021.

Albert Watson is a well-known photographer who has captured some of the most famous photographs of our time, fusing fashion photography, celebrity portraiture and fine art. Watson's striking photographs have graced more than a hundred covers of Vogue worldwide, as well as elite publications such as TIME magazine, Rolling Stone and Harper's Bazaar.

Watson's first solo museum exhibition in the United States, The Light Behind the Lens, includes more than fifty pieces chosen from his large photography collection to highlight his distinct style, adept use of light and shadow, and the breadth of his creative career.

Albert Watson was born in Edinburgh, Scotland and studied graphic design and film. He owes his success as a photographer to his broad visual education. After relocating to Los Angeles in 1970, he began his photographic career doing beauty ads and fashion photos before becoming known for his celebrity photographs. Hundreds of commercial campaigns for prominent brands, including Chanel and Prada, have included his photos.

Along with Irving Penn and Richard Avedon, Watson has been designated one of the twenty most influential photographers of all time. The National Portrait Gallery in London, The Metropolitan Museum of Art in New York and the Smithsonian Institution in Washington, D.C. all include his pictures in their collections.

He has received several awards, including a Lucie Award, a Grammy Award and the Royal Photographic Society's Centenary Medal for lifelong accomplishments. For his lifetime contribution to the art of photography, Queen Elizabeth II granted him an Order of the British Empire in 2015. Watson is now based in New York and works there.

ATLANTA, GA — Japanese media has soared in popularity these past few years. Anime and manga are now part of the pop culture of the current youth generation. Most of them are probably searching for where to find and buy the products to support their favorite artists.

Here are something you can do in Douglas County Animal Shelter

ATLANTA, GA - The Atlanta Police Department announced to the public on August 24, at 7:00 p.m, that they are successfully arrested Andrea Rivers and charged her with murder after the fatal shooting incident that occurred on the same day at 9:10 a.m.