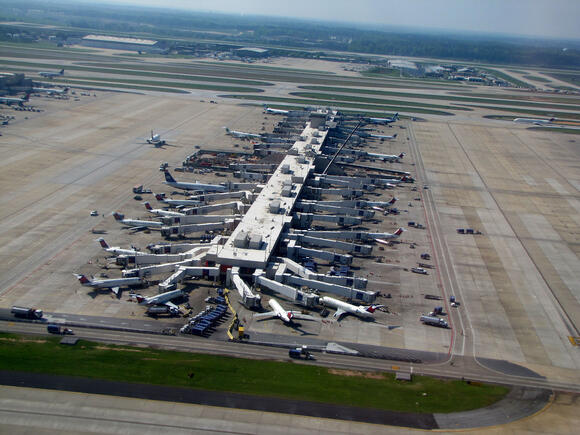 ATLANTA, GA — Hartsfield-Jackson Atlanta International Airport, or ATL, earned the 2021 Airport Minority Advisory Council or AMAC Airport of the Year Award. ATL was given the award during the virtual 36th Annual AMAC Airport Business Diversity Conference with a theme of “Honoring the Legacy, Perfecting the Present & Building for the Future” that took place on June 14 - 16.

Mayor Keisha Lance Bottoms mentioned that the award presented to them is an honor and witness of Atlanta’s practice in equity and inclusion. The Hartsfield-Jackson Atlanta International Airport team and partners have been working hard to represent the best from the city of Atlanta.

The annual conference is the leading industry-wide event that bridges as a hub for education, advocacy, as well as networking opportunities and, at the same time, promotes diversity and inclusion in the aviation and aerospace industries. ATL was acknowledged for their significant contributions in support of Disadvantaged Business Enterprise, Airport Concession Disadvantaged Business Enterprise and Equal Employment Opportunity goals inside the airport and management.

“Here at Hartsfield-Jackson, we understand that our strength lies in our ability to provide opportunities that support diversity and inclusion,” said Airport General Manager, Balram Bheodari. He also mentioned that the ATL is honored to receive the 2021 AMAC Airport of the Year Award and will continue to work hard and maintain Hartsfield-Jackson as the best-in-class airport for travel and business.

ATL is one of the world’s busiest airports. Owned and operated by the City of Atlanta, they provide non-stop routes to 150 U.S. destinations and offer up to seventy international locations in more than fifty countries. ATL is also the first in history to serve more than 150 million passengers in a calendar year.