The problem with "deep affordability" at southside Atlanta 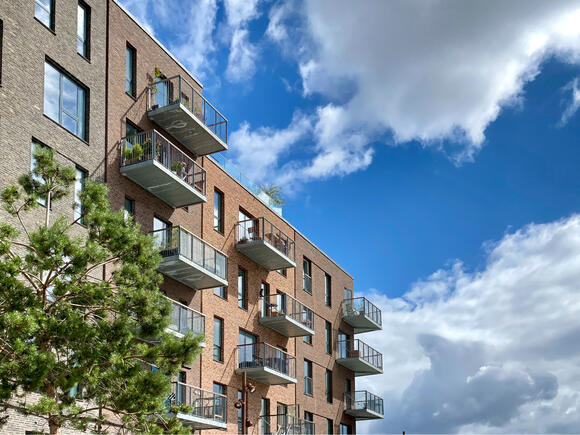 ATLANTA, GA — City officials and developers in Atlanta celebrated the groundbreaking of Haven at South Atlanta, an 84-unit rental community that promised "deep affordability," according to officials.

Seventy-one of the “garden-style apartments—which will be available in one-, two-, and three-bedroom floor designs—will be affordable to families earning fifty to sixty percent of the area median income (AMI)

It is a major accomplishment for a city that's been dealing with a housing affordability issue and widening income disparity for years—and one that considers homes priced at up to 120 percent of the AMI "affordable." Without years of legwork, a roster of private and nonprofit groups, and of course, government subsidies, Haven at South Atlanta would not have been conceivable.

The project was spearheaded by Pennrose and non-profit Focused Community Strategies. It was made possible by $1.2 million in Housing Opportunity Bond funding approved by Invest Atlanta, as well as a coveted nine-percent Low-Income Housing Tax Credit (LIHTC) granted by the state's Department of Community Affairs (DCA).

The development project received the highly competitive LIHTC in part because of its closeness to Luther J. Price Middle School, the area's walkability and availability to transportation, and the promise of true affordability, according to DCA Commissioner Christopher Nunn.

While city leaders, such as Mayor Keisha Lance Bottoms and Invest Atlanta CEO, Eloisa Klementich, applaud the increase in Atlanta's affordable housing stock, activists in other sections of the city are stressing how tough it is to see projects like Haven at South Atlanta come to fruition.

A group of Boulevard Heights residents met with Atlanta Civic Circle just hours before the groundbreaking to discuss the neighborhood's dwindling possibility for "deep affordability" at a proposed residential building.

According to Scott Jones, a Boulevard Heights resident and member of the local neighborhood planning unit, the developer TPA Group, which is planning a few hundred apartments about two blocks from the Beltline's Southside Trail, appears dead set on setting aside fifteen percent of its units to be priced at eighty percent of the AMI (NPU).

According to the city's inclusionary zoning laws, that is one of two affordable housing requirement alternatives possible within the Beltline Overlay District. Jones and other housing affordability activists would want the developer to adopt the alternative option, "deeper affordability," which would earmark ten percent of the apartments to be priced for those earning sixty percent of the AMI.

TPA Group's initiative will produce "affordable" units in the eyes of the city. However, as any in-town housing or urban planning expert will tell you, Atlanta is in desperate need of units priced at or below fifty percent of the AMI.

Unfortunately, most inexpensive units are earmarked for households with incomes between seventy and eighty percent of the regional median income, according to a report released by the city earlier this year describing the first few years of its inclusionary zoning laws.

It has to do with "preconceived beliefs" about what—or rather, who—affordable housing means for a community, according to Andy Schneggenburger, an Atlanta Land Trust board member and member of the city's Housing Commission.

Schneggenburger, who met with Jones and others on Wednesday to discuss ways to foster true affordability in Boulevard Heights and other neighborhoods, is referring to the stigma associated with terms like "affordable housing" or "public housing"—the belief that such housing options bring crime or lower nearby property values.

Smith, who was present at the groundbreaking on Wednesday, told Atlanta Civic Circle that Haven at South Atlanta is unique in part because "a whole lot of do-gooders got together."

Jones and Schneggenburger don't want to sit around waiting for good people to show up. They're still pondering how to persuade their NPU to embrace measures that promote "deep affordability." They may also approach Smith with a proposal for comparable local legislation in the near future.