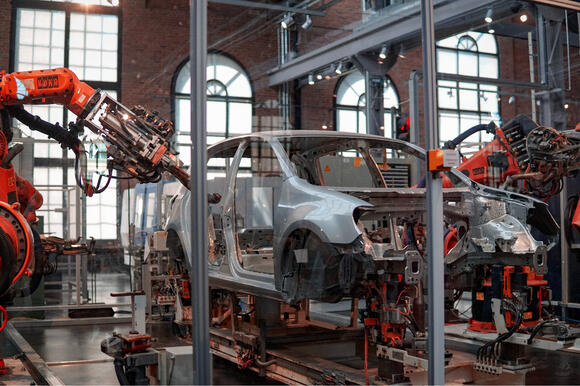 MACON, ATLANTA, GA — A recent graduate from the Mercer University with a degree in mechanical engineering, Iran Hernandez Imbert, has been honored with a Fulbright Graduate Study Award.

She will pursue a one-year master’s degree in automotive engineering at Coventry University in England through the award.

Upon the scholarship announcement, Imbert expressed her excitement, saying, “I’m really excited. I’m just ready to be there and starting my courses and whatever research I’ll be able to do there as well.”

Imbert is one of three Mercer students, including Kallysta “Kally” Jones and McPherson Newell, who received the scholarship to study or teach abroad. As part of the award, Imbert will earn an offer of placement at iconic British luxury sports car maker Aston Martin.

Her interest in automotive engineering began at her high school in Kennesaw, where she took some math and physics classes. At the same time, she learned how to drive a stick shift on her friend’s Honda Accord sports coupe.

At Mercer’s School of Engineering, she worked in the laboratory of Dr. Stephen Hill, associate dean and associate professor of mechanical engineering, on an evaporation box for desalinizing water.

Explaining what Imbert has done in the lab, Dr. Hill said, “She came into the lab and helped build the prototype we were working on and did some analysis behind the scenes to see if it would actually work and just jumped in. She didn’t get class credit for it, but she was just interested, and she wanted to get involved.”

Later, Imbert met a man working in research and development at Ford Motor Co at a STEM Summit. She asked him how she could get a job like his, and he recommended that she get a Ph.D. Imbert plans to pursue her Ph.D. at Duke University after completing her master’s at Coventry. By working in research and development, she hopes to find more sustainable sources of energy for vehicles.

Her plan to pursue a one-year master’s degree in automotive engineering won’t be her first time travelling to England. Previously, she studied abroad at the University of Sussex in Brighton and enjoyed becoming a study-abroad ambassador.

While at Mercer, Imbert also was a student leader at Mercer ESPN Broadcasting, a club soccer player and treasurer of the Aces Up Card Club.