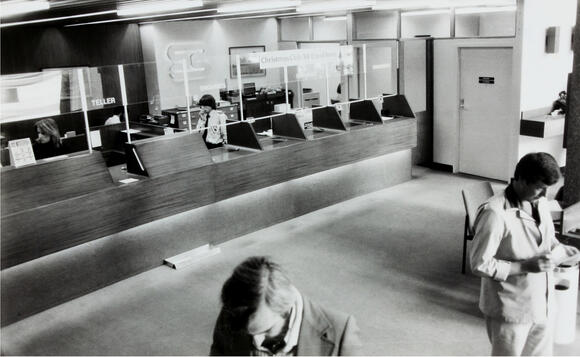 ATLANTA, GA — Dontrell Scott, 28, of Columbus, pleaded guilty to one count of bank robbery before U.S. District Judge Clay Land, according to a Department of Justice press release on Monday.

Scott walked undisguised into a SunTrust Bank branch on 1st Avenue in Columbus on November 5, 2019, holding a bottle of Powerade and carrying a camouflage bag. Scott approached a teller at her workstation, told her he had a gun, and demanded money.

According to the press release, Scott put the money in his bag, left his Powerade on the counter, and exited the building.

Scott was immediately identified by the Columbus Police Department and the FBI after promptly responding to the scene and distributing high-quality still photographs from the surveillance video to other law enforcement agencies and the public.

Later that same afternoon, the Phenix City Police Department received a tip that a suspect matching the bank robber’s description had been spotted at a local used car lot. Shortly after that, officers detained Scott, who was also wanted on outstanding warrants. When arrested, Scott was wearing the same clothes seen in the bank surveillance footage.

A search of Scott’s hotel room located the camouflage bag from the bank robbery and a notebook where someone had written: “I have a gun this is a robbery quickly # go dawgs!” In addition, police found Scott’s DNA on the lid of the Powerade left behind at the scene.

Scott has prior felony convictions in Muscogee County Superior Court, including robbery, possession of a firearm during a crime and theft by receiving stolen property.

“Federal and local law enforcement worked quickly, detaining Scott within hours after he robbed the bank, terrifying the teller, other employees and customers who witnessed his crime,” said Acting U.S. Attorney Peter D. Leary. “Individuals who choose to terrorize peaceful places of business will be caught and will face justice in the Middle District of Georgia.”

“Thanks to the quick reaction of our local law enforcement partners, this suspect was arrested and unable to threaten any more innocent victims,” said Chris Hacker, Special Agent in Charge of FBI Atlanta. “Scott now faces serious prison time on federal charges with no opportunity for parole.”