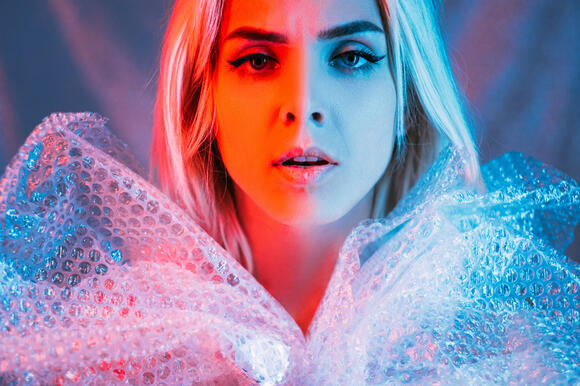 According to an article published on Medical News Today, passive-aggressive personality disorder (PAPD) causes people to communicate negative feelings and emotions subtly or passively rather than directly.

Some people can be passive-aggressive for various reasons, but it’s often because they don’t feel able to express themselves directly, either in one specific relationship or in general.

What follows are five signs someone might be passive-aggressive, according to some experts that have been interviewed for this article.

1. They Make You Feel Guilty For Setting Boundaries

As licensed professional counselor Taylor Cameron says, “One way passive aggressiveness shows up, is when a person guilts or shames the other person in the relationship for setting a healthy boundary.”

Setting boundaries with others is a healthy behavior and it’s something normal in relationships between emotionally mature people.

As Cameron explains, an example of someone making you feel guilty for trying to set a boundary is this, “A mother may frequently vent to her son about her spouse, the child’s father, so her son sets the boundary that he
does not want to discuss their parents’ relationship.

Cameron adds, “The mother may respond passive aggressively by becoming defensiveness and blaming her son. Instead of respecting the boundary she tries to make her son feel guilty for setting a boundary.”

According to Cameron, someone trying to make you feel guilty for setting boundaries could look like any of the following statements:

2. They Don’t Maintain Their Promises

As psychologist and author Linda Sapadin explains, “This pattern typically begins innocuously with a Yes and a No Problem.”

When they’re called out on it, they shrugs their shoulders. They say something like, “No big deal. I said I’d take care of it.”

The pattern typically ends with endless excuses and fire and brimstone. They say, “I’m busy now. Get off my back. I’ll do it in my own damn time, not yours.” You start to lose your patience, like probably everyone else would, “But you said you’d take care of it last week.”

They say with rising disdain, “Calm down! You’re hysterical. Look at you; going nuts over nothing.”

Does this dynamic sound familiar to you? If yes, you have probably dealt — or are dealing — with a passive-aggressive person.

3. They Criticize You, but in a Subtle Way

According to Sadoun, another sign you may be dealing with someone who is passive-aggressive is they criticize you, and they do it in a very subtle way.

As Sadoun puts it, “Instead of directly telling you they disagree with you, passive-aggressive people will find a way to subtly put you down. For example, instead of saying ‘I’d like it if you helped more around the
house,’ they may say ‘my ex helped out a lot around the house’ and let you
in on their disapproval that way.”

4. They Give You The Silent Treatment

As we all know, the silent treatment is one of the most toxic behaviors you can use, and it can negatively affect any kind of relationship.

As Dr. Brenda Wade, advisor to Online For Love explains, the silent treatment happens when “a person is ignoring their partner or refusing to answer them, as if they didn’t really hear them or they are above answering. This is generally an avoidance type of behavior and the person refuses to acknowledge the other person’s presence. This type of behavior is a method of ‘punishing’ someone for a perceived slight instead of just discussing their hurt feelings.”

Passive aggressive-people often use this behavior because, as mentioned before, they are unable to assertively communicate their negative feelings.

5. They Blame You or Other People for All Their Problems

Passive-aggressive people struggle to take responsibility for what happens to them or for how they behave.

An example of something they may tell you, according to Wade, is, “I’m not mad at you, I’m just in a bad mood because I’m tired. You woke me up so early and now I have to try to get through my day”.

6. They Don’t Tell You What’s Wrong But Act Upset

As we mentioned before, passive-aggressive people struggle to communicate how they feel, especially if their feelings are negative.

They might do something you don’t like on purpose, they might give you the silent treatment (as we mentioned before), or they may simply act emotionally distant.

Dealing with passive-aggressive people is not easy. In fact, they’re the kind of people that can make you lose your patience even if you’re the calmest person in the world.

As Dr. Linda Sapadin explains, “The biggest obstacle to changing passive-aggressive behavior is the lack of awareness of alternative responses.”

Also, as Vincent Cheng says, “To cope with a passive-aggressive person, you must attend to your own feelings first and then address the elephant in the room by directly telling them it’s OK to say no and to express their feelings. Over time, they will begin to trust that you won’t be a threat. Remember, passive-aggressive people are operating mostly in fear.”

Opinion: What Type of Woman Is the Alpha Man Attracted to?

This is a question I've heard so many times, so I decided to write an article to answer it. In particular, in this post we are going to cover the main qualities an alpha male tends to like a lot in a woman.

Opinion: Are You a Good Friend?

Having a true, good friend is one of the best things in life. It feels great when you know you have someone you can trust and consider a brother or sister. Perhaps that’s why they say your friends are the family you choose. However, it’s not always easy to tell if a friendship is genuine.

Blogs are often the brainchild of individuals who desire to reach a wider audience and make money online. However, blogging doesn’t necessarily have to be only for those that desire other ways of generating income.

Opinion: Can You Really Grow Your Glutes?

Summer is right around the corner, and many people want to know how to grow glutes so that they can show off a firmer butt at the beach. Thankfully, the best glute exercises are simple yet extremely effective. You want to grow booty to look great in a pair of shorts, so check out this comprehensive guide on how to grow glutes quickly.

Opinion: Can You Feel Healthier and Younger?

There are people who look much younger than their age. Is there a secret formula to that? Is it genetic? Are they particularly lucky?. The answer is no. You can feel and look younger if you want, but you’ll have to build some healthy habits.

Here Are Some Nice Date Ideas in Dallas

If you're here, I'm pretty sure you're about to go on a date with someone you want to impress. And you don’t want to stick with the old, boring routine of dinner and drinks - or just drinks.

Opinion: Are You Feeling Stuck?

Some people are good at what they do. Some others are outstanding. Then, there are people who can be defined unstoppable; they seem to excel in every area of their life. You continuously see them reach new goals and grow.

Opinion: How You Can Balance Freelancing with a Full-Time Job

In this article, you will learn how to balance freelancing with a full-time job. Getting a pay raise is not easy. However, if you want to increase your current income, there are some alternatives to asking for a salary increase; for example, applying for another position in your company or elsewhere, getting promoted, or giving yourself a pay raise through a side hustle.

Looking for some of the best, most unique date ideas in New York? Then this article is definitely what you were looking for. Whether you’re looking for a great place for your first date or you want to impress your partner, we got you covered.

Here Are Some Nice Date Ideas in Miami for This Spring

Whether this is your first date or it’s just a night out with your spouse, since you’re here, I’m pretty sure you want it to be unique and romantic. What follows are some of the best things you can do in this magical city.

Opinion: Are You a Bad Listener?

In this article, we will talk about bad listeners and some annoying habits they have in common. If you’ve ever dealt with someone who interrupts you as soon as you start a sentence, you probably know how frustrating it can be.

Opinion: What If She Feels Something for You?

In this article we will talk about how to tell if she’s into you and the signs she’s falling in love with you. Getting to understand what’s inside the mind of a woman can be challenging.

Opinion: What Does "Feminine Energy" Mean?

If you did, you probably wondered what that even means. Am I right?. Is it something only gorgeous women have? Is it some kind of spiritual concept?. First of all, to understand feminine energy, it’s important to understand the concepts of leading energy and polarity.

Some Fun Date Ideas in Los Angeles for This Spring

In this article we will talk about some of the best day and night date ideas in Los Angeles for this spring. Let’s be real, coming up with an original and unique date idea is not always easy.

In this article we will talk about the alpha female, her personality traits, how she behaves in a relationship, and what makes her so desirable to high-quality men. Chances are that somewhere in your travels across the internet, you’ve already stumbled upon this term.

Gaslighting is a form of abuse and it’s very common in unhealthy relationships. According to Psychology Today, “Victims of gaslighting are fed false information that leads them to question what they know to be true. They may end up doubting their memory, their perception, and even their sanity.”

Happy Couples: Five Habits They Have in Common

Ever wondered why some couples are truly happy while some others struggle? Do they have some secrets? It certainly looks like they do. We often hear that relationships need work, but no one tells us what exactly we need to do.

6 Rules to Stop Being a People Pleaser, According to Experts

People pleasing is the opposite of self-respect. And unfortunately, many of us have this habit. See, being a people pleaser means you don’t live on your own terms. You believe you are just being easy to deal with, super helpful, and kind.

How to Develop Likability: 5 Habits of People We All Tend to Like

Some people seem to be effortlessly likable. As a consequence, many of us often wonder if they were just born like that or if they learned the behaviors that, over time, helped them become so charming and well-liked.