As a journalist, Sibca Awan has contributed to many online publications including Yahoo finance, and the Huffing Post. In regards to academics, Sibca Awan earned a degree in business Management from the University of Surrey, England. Since Awan is a passionate writer and contributor to many magazines. Connect with since Awan at sibcaawan@gmail.com 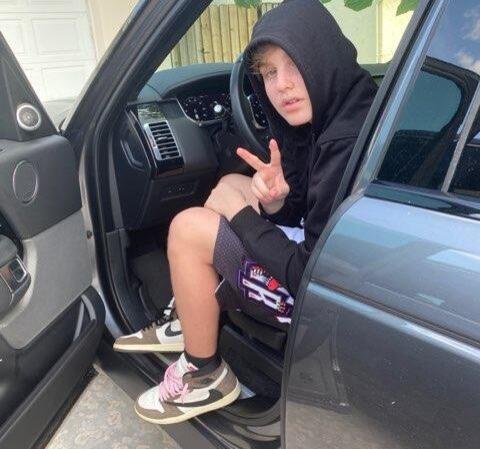 Joa Enkin also known as Joatheplug is a 16 year old entrepreneur that has worked with big celebrities like Lil Pump, Trippie Redd, Swae Lee, Lil Mosey, Polo G and Gunna etc. He is 16 years old. Joa Enkin started off and made his connections by selling these celebrities exclusive sneakers. He then took those connections and started a celebrity marketing brand where he connects big brands with influencers/artists to host big giveaways.

He noticed that instagram giveaways were becoming huge and he knew that his connections would be valuable to giveaway companies looking for celebrities to post giveaways. He was right and his ability to secure the talent for the giveaways has been very lucrative for him. He has been able to make over $30,000/month earning commissions on delivering celebrities for giveaways and doing other promotional stuff. He has over 100,000 followers on instagram and many celebrities follow him.vFrom what we’ve seen it looks like he’s been able to make a fortune at the young age of 16. Joatheplug is an upcoming entrepreneur that has a very bright future.

Joa is a talent broker who connects A-list celebrities with big companies for promotional purposes. This job helps him provide talent to companies that are giving away thousands of dollars to people who join their giveaways. Currently, Instagram giveaways and contests have become the leading way for enterprises to generate traffic, boost engagement, and increase sales. Instagram accounts that hold giveaways have a 70% faster follower growth than those that do not.

Joa’s work also helps celebrities boost their profile because they get to build their reputation as personalities who give back to their fans. Joa’s ability to secure the right talent for the giveaways has been a highly lucrative venture for him. He has managed to make over $30,000/month earning commissions on delivering celebrities for giveaways and doing other promotional business. Joa’s job is highly engaging and requires constant communication with brands and celebrities. Yet, this young entrepreneur loves what he is doing so much that he is on the phone 24/7, and it doesn’t feel like work for him.

Joa managed to dominate the online marketing space because of his young age and unique connections. Most A-celebrities ventured into the limelight from a young age. As such, these celebrities were more open to working with a 16-year-old entrepreneur. The young entrepreneur managed to make a name for himself in the industry by being posted with many celebrities like Lil’ Pump, Trippie Redd, etc. The photos he took with these celebrities got a lot of attention on Instagram and became a huge hit.

Joa has experienced some challenges in the market. The fact that he is so young made some people feel like they could take advantage of him. Some people thought they could steal deals from him or step on his toes. This risk made Joa get a lawyer who would go through all the contracts to make sure that no one attempts to scam him. Despite this challenge, Joa loves his job so much that he’s on the phone 24/7, and it doesn’t feel like work.

Joa is proof that age is nothing but a number when it comes to entrepreneurship. He states that his secret to success is the regular cliches of eating right, exercising, and managing your time effectivel

As a journalist, Sibca Awan has contributed to many online publications including Yahoo finance, and the Huffing Post. In regards to academics, Sibca Awan earned a degree in business Management from the University of Surrey, England. Since Awan is a passionate writer and contributor to many magazines. Connect with since Awan at sibcaawan@gmail.com

Health Sector Is Going To be revolutionized With Yosuda Bikes

Most of us are quite well aware that exercise and health share a covalent bond, and exercise carries a significant number of benefits. Still, the hardest part is not just to find the right discipline to take a start, but to stick with it no matter how drastically the scenario is changing. Whether you are a beginner towards the fitness track or in a dead-end, you must need some sort of motivation to stay on the track towards body shaping.

Are you looking for purchasing Best Nutribullet Juicers, to make juices for your healthy diet? So, here's the complete review of the Top 10 Best Nutribullet Juicers. A juicer is a revolutionary kitchen appliance. It's for extracting fresh juice from fruits and vegetables. If you want to drink healthy juices as a refreshment, this is an excellent appliance to have.